Entertainment One has signed on to create and distribute original content for filmed media featuring the YouTube singing group Cimorelli. 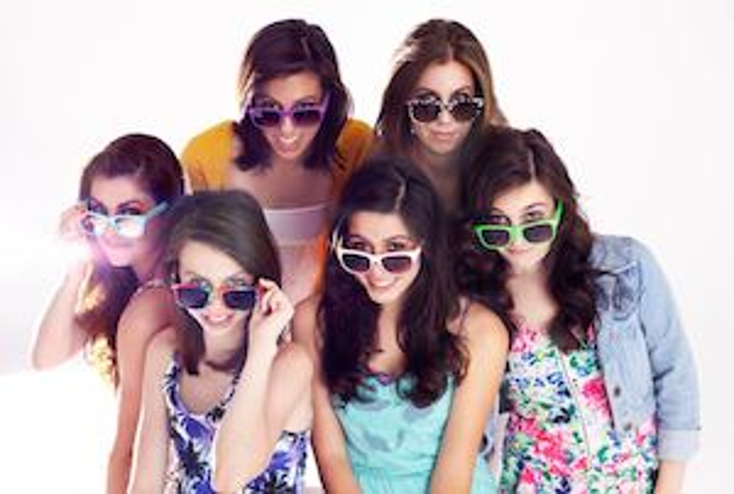 Entertainment One has signed on to create and distribute original content for filmed media featuring the YouTube singing group Cimorelli.

The group of six sisters from Malibu, Calif., are Universal Music recording artists and part of the AwesomenessTV YouTube network. The partnership with eOne will not change these relationships, instead, eOne aims to bring Cimorelli’s digital success to traditional media including television and film.

The group has more than 700 million views and 3 million subscribers on YouTube where they share a wide array of video content including music videos, vlogs, DIY fashion and “behind-the-scenes” of their adventures around the world. The siblings have performed at half time for the NFL and recently co-headlined the North American Digifest tour and the Coca-Cola Music Experience concert in Madrid, Spain. Cimorelli is currently preparing to embark on a 13-city solo European tour in March 2015.

Additionally, the group has worked closely with a number of premium brands

including Subway, Hasbro, AT&T, UGG, The Salvation Army and DreamWorks.

eOne already has a number of new scripted and non-scripted projects in development that will build on Cimorelli’s digital influence and reach.

“With nearly 1 billion views and an enormous fan base around the world, the Cimorelli sisters have created a strong, wholesome brand for themselves in the digital youth programming space,” says John Morayniss, chief executive officer, eOne Television. “Bringing our expertise in film and television, eOne is dedicated to partnerships with top creative talent and to producing first-rate programming for all platforms. This relationship allows us to align eOne’s global strength to extend Cimorelli’s celebrity to film and television, as well as further enhance their digital efforts.”