Disney's Vision for the Future

An exclusive look at how Jimmy Pitaro is driving new growth in multiple ways for Disney Consumer Products and Interactive Media. 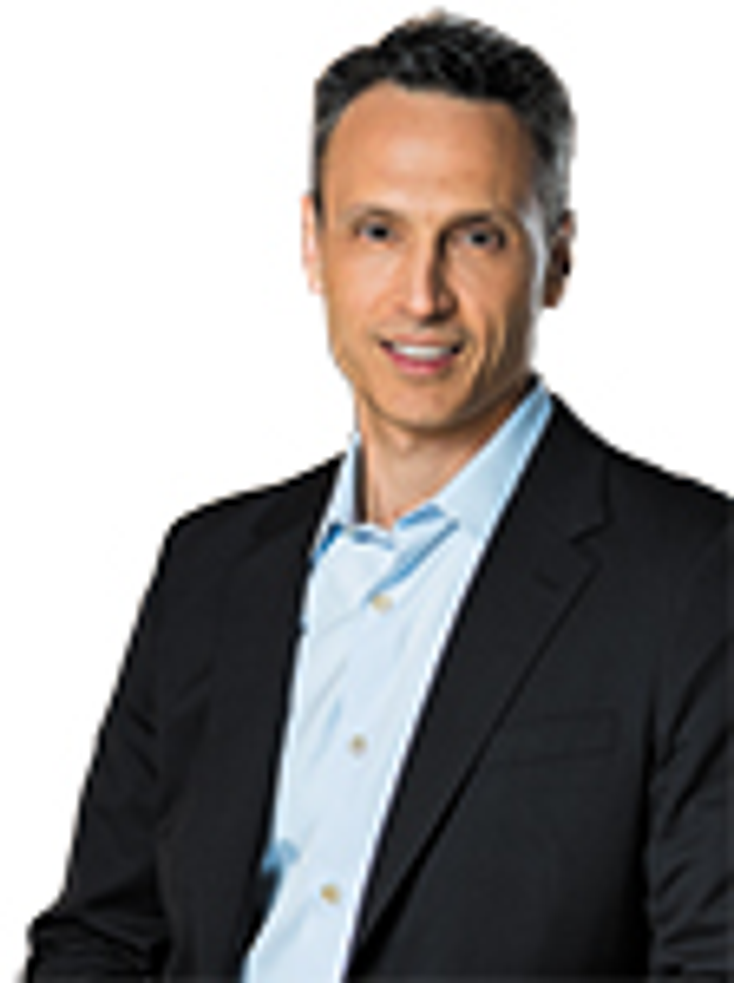 An exclusive look at how Jimmy Pitaro is driving new growth in multiple ways for Disney Consumer Products and Interactive Media.

The evolution of Disney Consumer Products and Interactive Media, driven by new content, innovative products, experiential events and digital integration over the past several years, has produced record results for the world’s largest licensor at retail, and it has also expanded its diverse and multi-generational fan base worldwide.

DCPI’s new initiatives and ongoing efforts are focused on a cross-section of key business disciplines that are designed to improve and enhance product innovation, audience development, partnerships, retail, digital and social media and international expansion.

It’s no longer just about another basic deal, which is still important, but it’s more about taking the IP to new and innovative product categories. It’s not just about another version of a video game, but rather about maximizing a digital presence for all the company’s franchises in ways that didn’t exist a few years ago. It’s not simply about stacking products on an end-cap and hoping for sell-through, but

it’s now about creating more of a consumer experience at retail and online. And it’s no longer just about a particular tentpole film event, regardless of the box office success, but it’s also about creating content and touchpoints with fans every day.

“The focus is on developing, cultivating and advancing the franchises across our core brands,” says Jimmy Pitaro, chairman, Disney Consumer Products and Interactive Media, who took over the group about 15 months ago when he was promoted from his position as president of Disney Interactive. “Our strategy is to bring the magic of Disney into the daily lives of families and fans around the world.

“Daily touchpoints are so important to the team, and it’s how DCPI differentiates itself,” adds Pitaro. “We extend the stories that are developed by our divisions and keep them relevant every day.”

Since Bob Iger, chairman and chief executive officer, The Walt Disney Company, combined the Disney Consumer Products division and the Disney Interactive division in 2015 to form DCPI, it has been clearly evident that the company’s latest strategies are producing significant results.

Over the past two years, DCPI has added $11.3 billion in retail sales of licensed merchandise worldwide. The world’s No. 1 global licensor, according to

Another measure of growth and the company’s popularity that helps to drive DCPI’s licensing efforts come from the several key box office statistics that include:

The company's film slate in 2017 and over the next two years is poised for strong repeat performances and certainly will set the foundation for the continued expansion of DCPI's licensing and retail initiatives. This year's upcoming films include

The Incredibles 2, Ant-Man & The Wasp

Pitaro says there are three primary driving factors for DCPI–audience development, innovation and direct-to-consumer–and each one is being addressed across all franchises.

"We believe that there are demographic groups for each of our franchises that we have yet to fully reach with a product offering that speaks directly to them," explains Pitaro. "Depending on the franchise, that could be age, gender, income level or geography. For example, with Marvel and

, we see an opportunity to create products that speak to women and girls, and we can do much more.

"We are focused on category expansion, more deeply entering the apparel, accessories, home, consumables and stationery spaces, and we've also looked at traditional play and toys, which have always been a critical part of

One new example is "Star Wars Forces of Destiny," a new series of 16 animated shorts created by Lucasfilm Animation, that will feature pivotal moments in the adventures of heroines from the Star Wars universe including Rey, Jyn Erso, Sabine Wren, Princess Leia and Ahsoka Tano. The stories will be supported by books, apparel and toys, including a new product line of "adventure" figures created by Hasbro that will launch in August.

"The innovative 11-inch figures bridge the gap between traditional action figures and dolls. They will have a different look and feel from previous action figures and will allow kids to bring these heroes to life through play like never before," says Pitaro.

DCPI is also working to age-up historically younger-skewing franchises, says Pitaro, with products appealing to adults and young adults, particularly in the fashion space. One of the most recent examples is Minnie Mouse and DCPI's collaborations with top designers including Lanvin, Giles Deacon, Olympia Le Tan and alice + olivia by Stacey Bendet.

"We want to turn Minnie into an aspirational fashion icon," says Pitaro. "Minnie's charm and fun-loving personality resonate across age ranges, as do her signature polka dots and bows. Disney was just voted the most intimate brand by Millennials, and we're seeing this play out in our fast-growing adult fashion business around the world."

DCPI is also developing new initiatives with Her Universe and its founder Ashley Eckstein, who Pitaro says has played a key role in expanding audiences for

and Marvel with product lines specifically catering to women and girls. In addition, Pitaro says Eckstein will be designing for other Disney properties including Disney Princess, and also creating a new co-branded kids' athleisure line for both boys and girls.

The recent success of

is yet another example of how DCPI has taken the appeal of the movie and created new opportunities to partner with brands and retailers, from high-end fashion labels Christopher Kane and Judith Leiber to accessible brands such as MinkPink and Gap.

While innovation may sound like an obvious strategy, Pitaro believes that it truly is "at the heart of everything we do at DCPI. We are partnering with some of the world's most cutting edge companies to introduce more technology to our products in ways that are authentic to our stories."

The BB-8 by Sphero, a robotic

toy, is one of the best examples that highlights how a new company attended Disney's Accelerator Program and ended up developing one of DCPI's most innovative and sought after new products. DCPI is now partnering with Sphero for the upcoming

, creating a high-performance, app-enabled Lightning McQueen that will connect with a broad audience.

Regarding Pitaro's third key strategy, direct-to-consumer, DCPI is investing in both brick-and-mortar retail and e-commerce.

"Yes, Gen-Z consumers and Millennials shop online," says Pitaro. "But we know that they're also looking for experiential retail that brings them closer to the products they're considering purchasing. We are working with licensing and retail partners and our own Disney Stores to bring our products directly to consumers in new ways."

Pitaro says DCPI is also leveraging the full power of its digital business to help drive sales of licensed products.

This month, the company unveiled the Disney Digital Network, which delivers stories through digital platforms and influencers to Millennial and Gen Z audiences.

"With an audience of more than 1 billion highly engaged followers, the Disney Digital Network is one of the most impactful publishers in digital media," says Pitaro. "This network extends our stories to the platforms that Gen Z and Millennial audiences are on every day, with diverse editorial voices that integrate top creators and influencers."

"We are using this network to extend our company's stories and showcase our products and partners in ways that are authentic and that resonate with audiences," says Pitaro. "We are working with licensing partners to put this network to work for them."

As DCPI heads to Licensing Expo, Pitaro explains: "I want our licensees and retailers to know how much we appreciate their partnership, and to be excited about what's next. We're going to show what's ahead for our iconic brands, and we will be giving a sneak peek at new shows coming to Disney Channel as well as a look at the film slate in 2018 and beyond.

"We have one of the strongest content pipelines in our company's history, and our partners are going to get a look at everything from Disney•Pixar Animation's

. They'll also see the latest from Marvel including

, as well as from our live-action studio, which will introduce a number of movies including

As Pitaro looks ahead to the future through 2020, and ruminates on when he first became chairman of DCPI, he says: "I challenged the team to think about our legacy. The first goal we set was to have more people in more places inspired by our products and stories. That means bringing new consumers into our franchises and expanding our audience across age, gender, geography, and more. We also want to rethink our retail presence. The industry is going through a tremendous transformation, and we are working with our licensing and retail partners, as well as our vertical Disney Store team, to be at the forefront of an experiential approach to retail that excites Gen Z and Millennial shoppers. Finally, we want to develop content that brings the best of Disney storytelling to the digital space and helps fans discover more ways to connect with our franchises through product."

It appears that the world of Disney is well-positioned for continued growth worldwide and is in good hands in Jimmy's world.