DCP chairman Andy Mooney is once again bullish about the future and a new decade of growth for the world's largest licensor that includes a portfolio of robust content and, of course, Marvel Entertainment. Andy Mooney, ch

DCP chairman Andy Mooney is once again bullish about the future and a new decade of growth for the world's largest licensor that includes a portfolio of robust content and, of course, Marvel Entertainment.

Mooney has done this gig before, not only in Mexico, but also throughout the world. It was a rather typical corporate event, but what made this trip a little different and certainly more newsworthy, was the message that Mooney delivered to the licensing community audience that DCP is once again bullish about the future and there's no better time in history to be associated with the company.

This might seem trivial at least on the surface because DCP is after all the world's largest licensor and it has been growing consistently ever since Mooney took the helm in December 1999, actually almost tripling the division's size over the past decade from $10 billion in annual worldwide retail sales of licensed products to $27.2 billion in 2009. But that 2009 sales number is about $3 billion less than what the company reported the previous year. The reality

is that the past few years have been tough on just about every licensor, licensee and retailer worldwide. 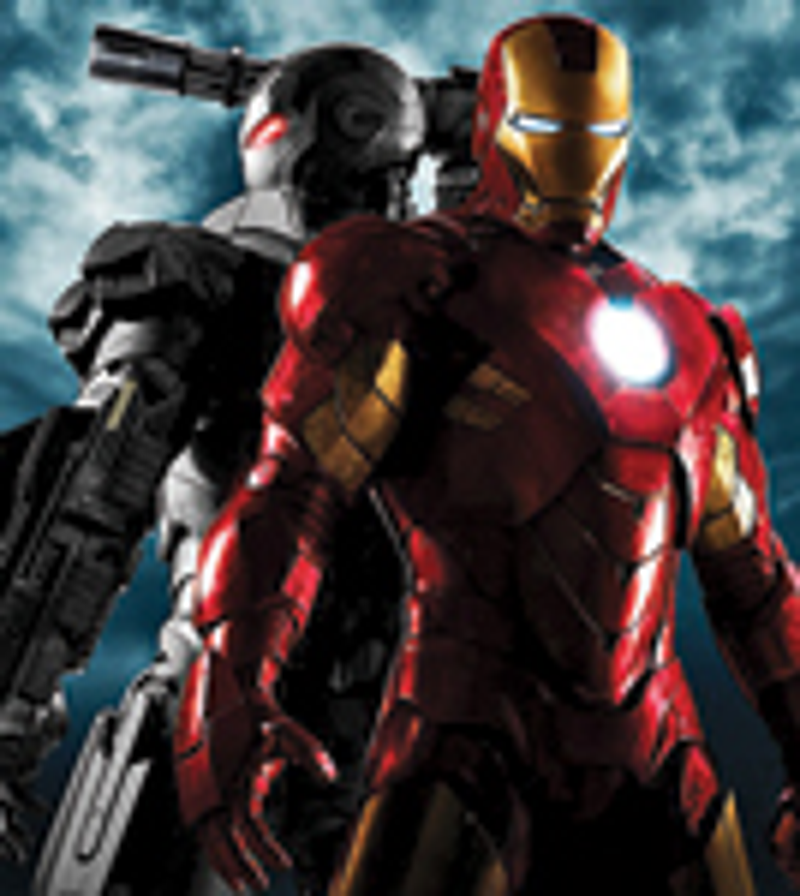 Therefore, Mooney's optimism about the future is far more newsworthy not only for DCP and its hundreds of partners, but also for the brand licensing and retail industry worldwide.

"I'm back on the $50 billion bandwagon," Mooney says in an exclusive interview with

. "With the content on the horizon and the potential for accelerating growth for the Marvel brand, I am tremendously optimistic about the future." 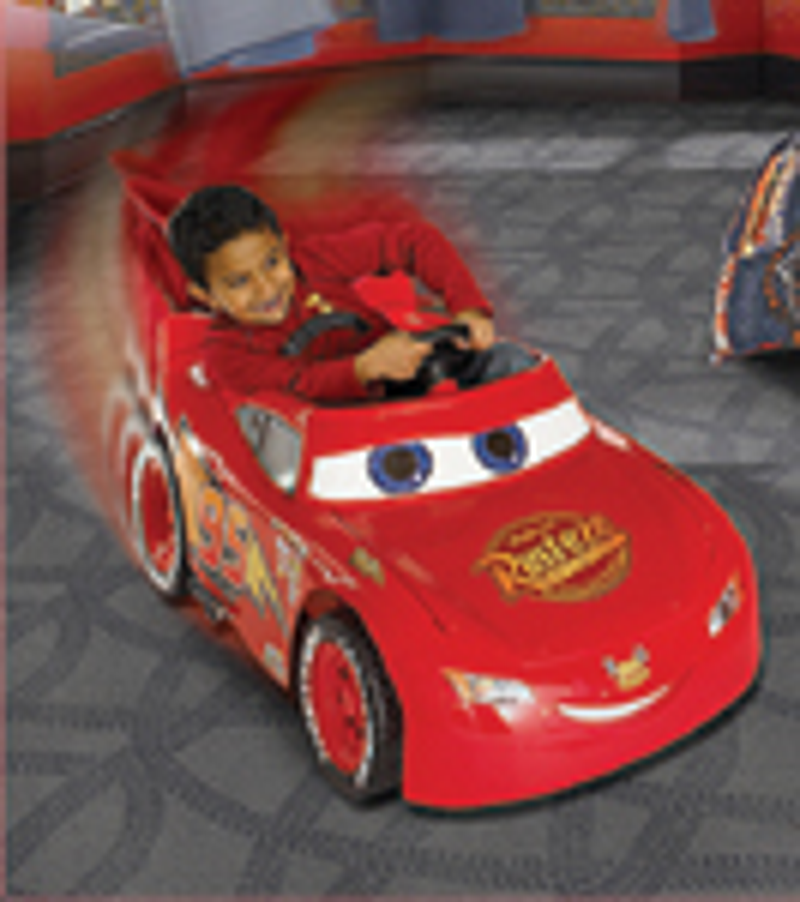 Mooney recalls telling the Mexican licensing community two years ago—and licensing industry executives may recall Mooney's proclamation at the Licensing International Expo in 2007—that $50 billion in retail sales was the new milestone for DCP. Then the global economic crisis and recession hit and the past few years have had many companies in a status quo mode, which is apparently slowly but surely about to change.

Mooney's optimism is partly rooted in the economic recovery worldwide, but also in the multitude of new strategic initiatives, which are broader and edgier these days than the traditional character-driven business of the 1990s.

These ambitious initiatives and financial goals are what will define a new decade of growth for DCP and certainly the legacy of its chairman now entering his second decade of service.

DCP's growth plan will be accomplished through a diverse offering of new content, traditional franchises and international development that includes:

The Marvel acquisition, perhaps the most significant reason for Mooney's growth projections and optimism, catapults DCP into an entirely new segment of entertainment and consumer products. It's this superhero phenomenon, which is dominant in the lucrative boys' toys category, that has eluded Disney for years as the company watched Marvel, Hasbro and other studios churn out these wildly popular characters in one box office blockbuster after another. 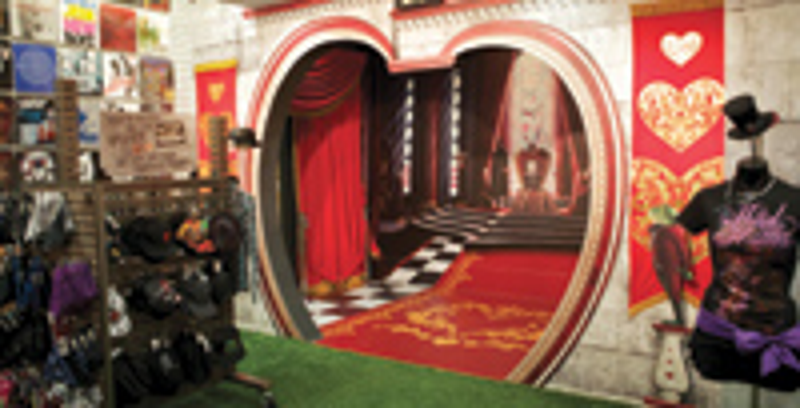 But DCP doesn't have to watch from the balcony anymore with

set to debut on May 7. While DCP has had little influence on the film's initial consumer products programs, which were well in place when the deal was finalized, it will play a key role and exploit new opportunities in a post-release effort to strengthen the franchise and sustain its long-term popularity as a standalone property. In addition, Mooney says that the company can also help enhance certain marketing and promotional initiatives for the film.

Mooney believes that Marvel shares with Disney the same philosophical core strategy and solid foundation of authentic storytelling that has a strong core audience, which is unique and different from anything Disney currently offers.

According to Mooney, the short-term goal for Marvel is to focus on international opportunities, where there is a significant upside, by leveraging the DCP operations and infrastructure.

He says that the core Marvel management team based in New York will continue to run everything related to the Marvel brand activity domestically.

"The international operations will be seamless, while in domestic the market, it will be independent and we will just look for synergies where it makes sense to both organizations," says Mooney. "DCP has 1,000 international employees, who will all become servants of the Marvel business," he adds. "By tapping into the depth of our structure and the retail and licensee relationships that we have in local markets, as well as our knowledge of consumers and the nuances of each individual country, DCP's competitive advantages will quickly benefit the company." 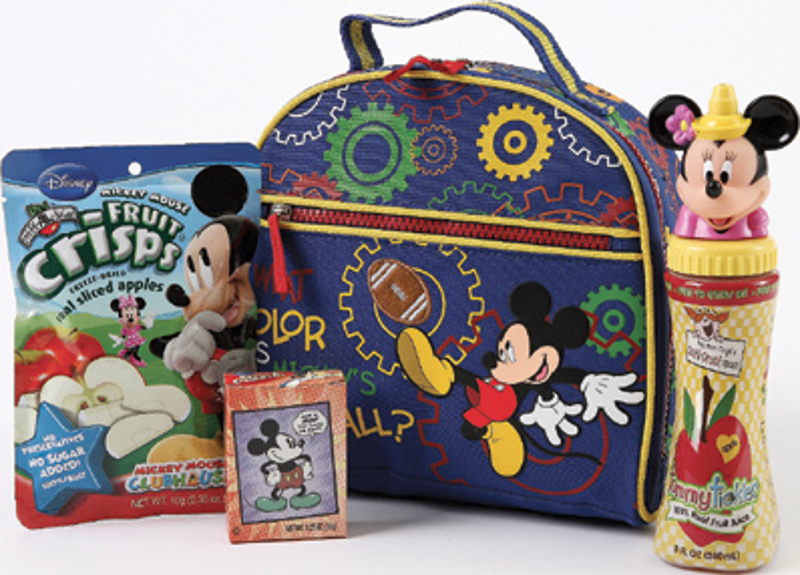 Another key reason for Mooney's optimism about the future of DCP's business is market share.

"Market share by category is still in the single-digit range, he points out. "The highest market share by category continues to be toys, yet we run about 6 percent global market share." Mooney explains that this is exceedingly low for a brand with the awareness and emotional depth that Disney has and that normally brands with that type of awareness that runs in the 90th percentile, usually have market shares in the 30 percent to 40 percent range. "Therefore, we believe our brands have a long runway of growth still available," he adds.

Furthermore, Mooney believes the core strategy for growth established by DCP a decade ago is still viable and followed.

"Every three years over the last decade we have evaluated our strategy and surprisingly have determined that it is still working and that we have tremendous market share growth available. So we are sticking with it until we see some reason to abandon or modify it. The strategy is to focus on franchise management, franchise development, key account relationships, quality products and to have the best team in place."

Mooney recalls that 80 percent of about $12 billion in retail sales in 2000 came from just Mickey Mouse and Winnie the Pooh, while the remaining 20 percent was a revolving door of theatrical merchandising. Currently, based on almost $30 billion in retail sales, according to Mooney, less than half of the revenues are from Mickey and Pooh. 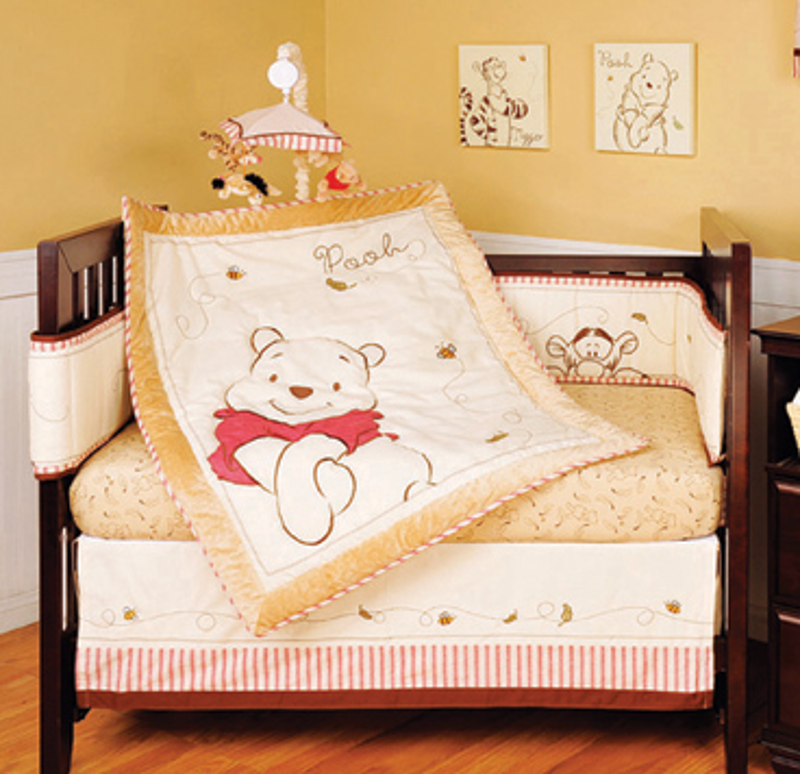 "We are much more diversified and one of the things that it has enabled us to do is more carefully target Mickey and Pooh to certain demographics instead of stretching them across all demos, genders, geographic areas and retail channels," he says.

Mooney points to the shift in business for Mickey, which is coming back into fashion with leading designers worldwide such as Dolce & Gabbana, which showed tees in a recent fashion show in Milan.

"It's not surprising that there's an interest in retro trends coming off the back end of the recession," says Mooney. "That's a normal cyclical response to fashion as a retreat to nostalgia and retro themes."

For Winnie the Pooh, the second-largest property, DCP is gearing up for a new Winnie the Pooh movie in 2011. Mooney says the character will return to the esthetic qualities of the original

For the Toy Story franchise, which is valued at $8 billion at retail, Mooney says that

, scheduled for release June 18, will be the biggest merchandising event DCP has ever had and he expects that it will only be eclipsed by

The Disney Princess franchise, with $4 billion in retail sales, continues to expand and in some territories it has become the No. 1 franchise over Mickey and Pooh, according to Mooney. Following the recent theatrical and DVD release of

Princess and the Frog

, featuring Princess Tiana, DCP has a new collection of products, including home décor, apparel and accessories, stationery and personal care items launching in July, as well as new products from licensees Mattel and CDI. 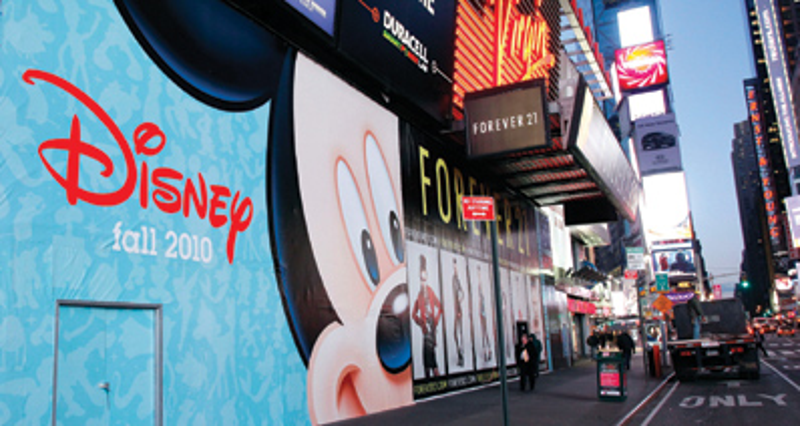 DCP also has high hopes for the character of Rapunzel being featured in the movie,

, schedule to hit theaters in November.

, which was a box office smash with $568 million worldwide through March 21, according to Box Office Mojo, Mooney says the consumer products effort was a boutique-type program with quick sell-through. DCP hopes to capture incremental business on the DVD release and he believes Alice will continue to be a strong niche business. Several retailers, including Bloomingdale's and Hot Topic, made a major statement with window displays and in-store merchandising.

Another strong franchise driven by theatrical is

Pirates of the Caribbean.

There is a fourth installment planned for May 2011.

The Disney retail stores are another piece of the DCP business that Mooney is glad to have back in the division. "Three franchises that today account for more than $6 billion in retail sales—Princess, Fairies and Disney Baby—were all born within the Disney stores," he says. "We most missed not having them in-house because of the ability to give birth to new franchises and leverage the sell-through data."

While there have been reports of a possible name change to Imagination Park, a new prototype is being developed. It will feature a narrow focus to kids and be merchandised by franchise, says Mooney, pointing out that more than 90 percent of the merchandise is exclusive versus other DCP retail collections. The new look, which will also include a new kids' theater and interactive displays, will launch over the summer in several cities with a new store in New York's Times Square planned for fall. There are 340 retail stores worldwide.

The growth message that Mooney delivered to the Mexican licensing community recently is resonating worldwide, not only among DCP partners, but among other licensing executives as well because when the world's No. 1 licensor is bullish about growth, everyone is interested.

For Mooney, what a great way to begin his second decade as chairman.