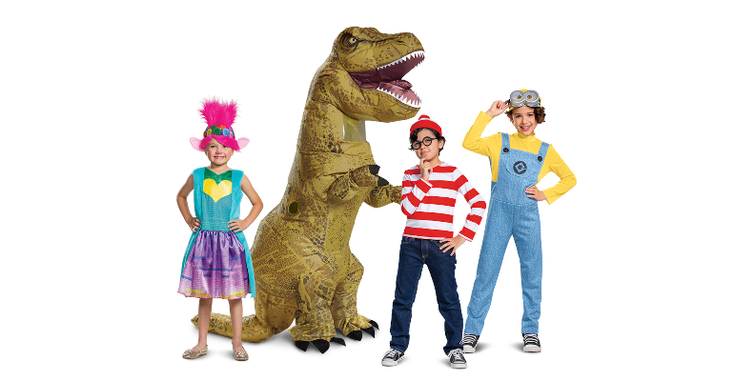 As part of the partnership, Disguise is designing a new version of the popular Inflatable Jurassic World T-Rex costume that includes updated innovations and modifications.

“Universal Brand Development’s portfolio is so versatile that it makes for a spectacular costume range – from franchise blockbusters like Universal Pictures and Amblin Entertainment’s ‘Jurassic World,’ DreamWorks Animation’s ‘Trolls’ and Illumination’s ‘Minions’ to horror properties

like Universal Pictures’ ‘Frankenstein’ and ‘Dracula’ to an amazing array of streaming properties and a massive vault of classic films,” says Tara Hefter, executive vice president and general manager, Disguise. “Disguise is beyond thrilled to be collaborating with Universal Brand Development in such a meaningful way, and we look forward to the ultimate rollout of our Halloween costumes and accessories later in 2021.”

Disguise’s Halloween costumes and accessories for Universal Brand Development will be available online, at major retailers and via Halloween specialty stores in fall 2021.