The internet and toy franchise is getting into the entertainment category. 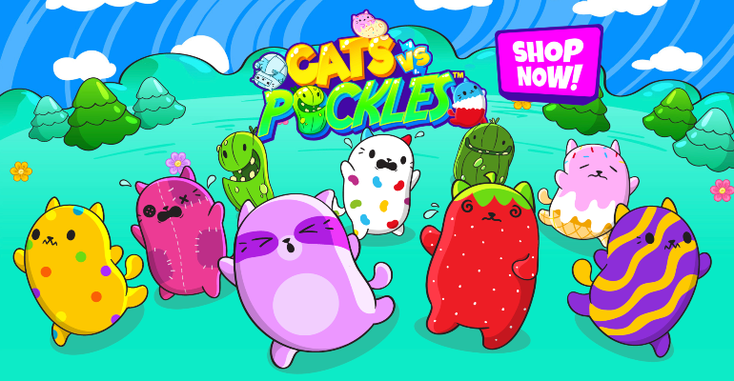 Grom Social Enterprises, which recently entered into an agreement to acquire Curiosity Ink Media, has announced that Curiosity has entered a creative partnership with Cepia to fortify toy and internet brand Cats vs. Pickles, into an original series, along with ancillary publishing extensions. The announcement was made jointly by James Russell Hornsby, founder and chief executive officer, Cepia, and Russell Hicks, chief content officer, Curiosity Ink Media.

“Cats vs. Pickles has the elements of a franchise hit including a simple premise: loveable characters, endless storytelling possibilities and brand extension opportunities,” says Hicks. “Curiosity Ink Media is very excited to partner with the brilliant minds from Cepia to elevate this online sensation from cult hit to global powerhouse at a time when the world could definitely use a laugh, a smile and a message about acceptance.”

The partnership represents both companies’ foray into the worlds of content distribution and publishing, unlocking

the potential for attendant ancillary businesses including international marketing, licensing and additional consumer products. The alliance will develop Cats vs. Pickles into a recurring series in 11-minute installments, as well as create extensions beginning with published content for consumer purchase.

Simultaneously, Curiosity and Cepia will collaborate to produce a collection of picture, board and activity books expected to hit shelves in 2022.

“At its core, Cats vs Pickles is a love story that everyone can relate to because, at some point, we’ve all been pickles ourselves,” says Hornsby. “We are thrilled to team up with the exceptional storytellers at Curiosity Ink, whose rich biographies in entertainment include cultivating powerhouse franchises like ‘SpongeBob’ and ‘Dora the Explorer,’ to expand Cats vs. Pickles into its next nine lives!”