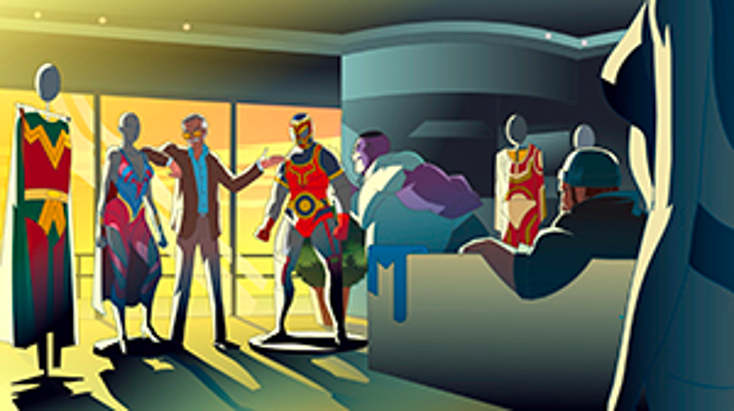 The new series follows comic book legend Stan Lee as he meets seven aliens who have crash-landed in the U.S. Each alien has a superhero powers, however, each can only use their power in the context of their homeland. After offering the aliens sanctuary, Lee helps the aliens learn how to access and use their powers as superpowers on Earth.

The episodes will also be available on a virtual reality app from Legend VR, along with VR boxes to place on smart phones throughout Comic-Con.  The VR app is now available on the App Store and Google Play.

The launch of the series also coincides with

annual Comic-Con issue, which will feature a “Stan Lee: 75 Years in the Business” salute.