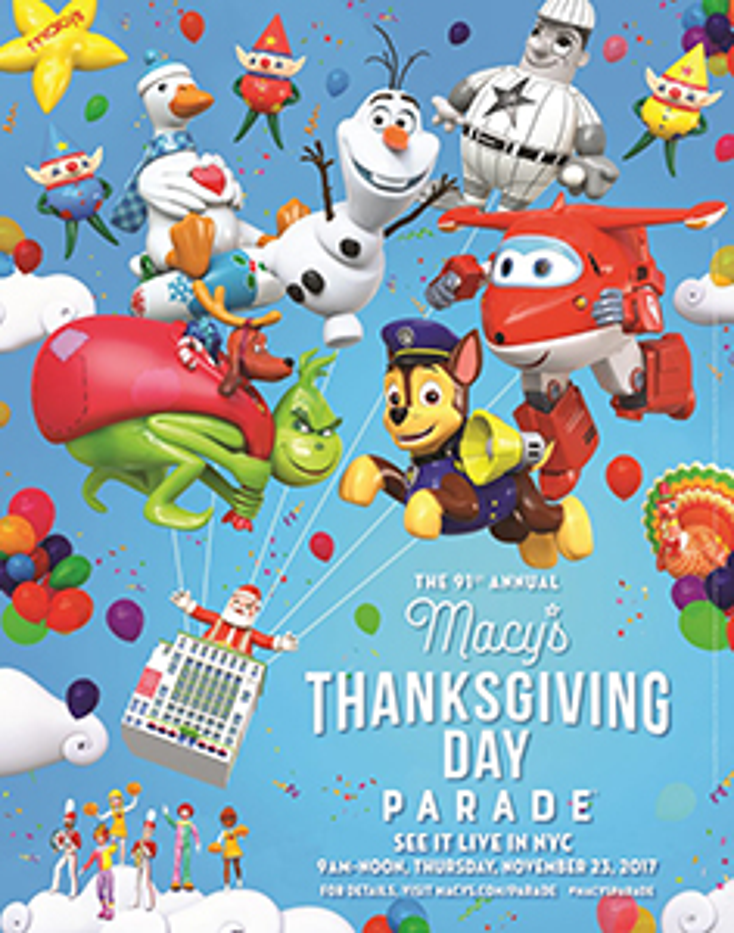 , “Paw Patrol” and “Super Wings” will make their debut at the annual New York City parade this Thursday. 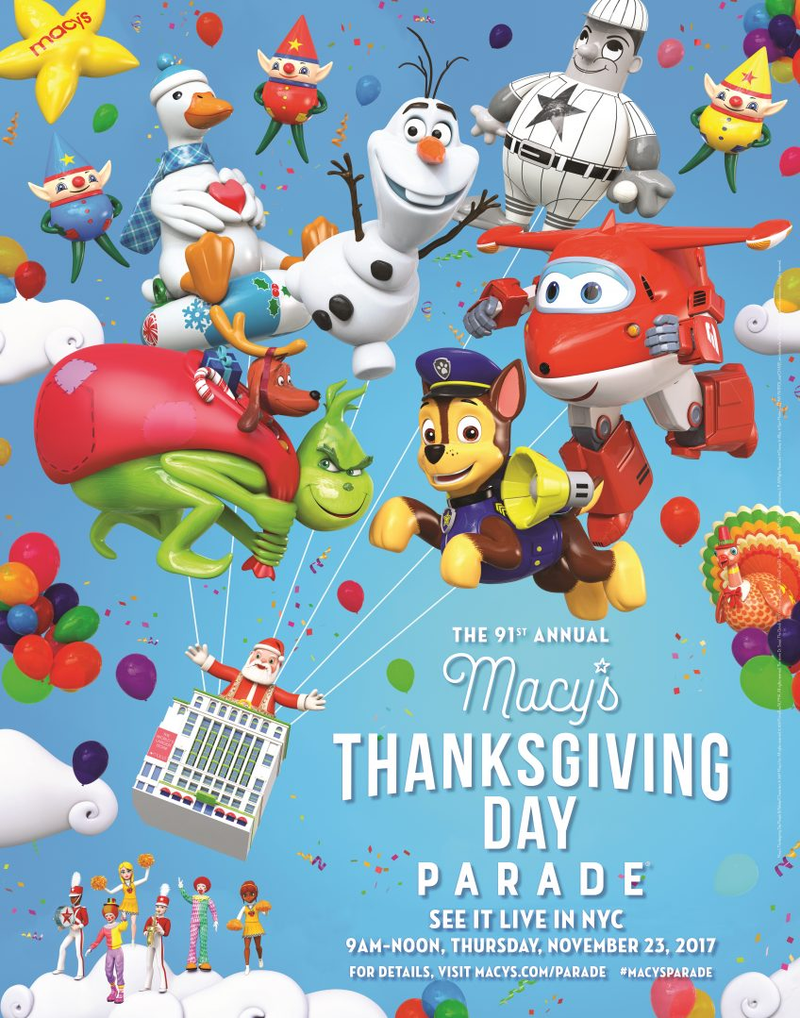 Similar to year’s past, this year’s parade will feature a host of licensed character balloons. This year, four new characters are expected to debut–including Olaf from Disney’s

, The Grinch from Illumination’s

, Chase from “Paw Patrol” and Jett from “Super Wings.” Additional giant balloon characters that will be featured in the parade include: Red from

Diary of a Wimpy Kid

, Sinclair Oil Corporation’s Dino, The Elf on the Shelf, Hello Kitty, Scrat from

In addition to the character balloons, flats and performances, this year’s lineup will also include 28 legacy balloons, balloonicles, balloonheads and trycaloons; 1,100 cheerleaders and dancers; more than 1,000 clowns; 12 marching brands and six performance groups.

“For more than 90 years, Macy’s Thanksgiving Day Parade has signaled the start of the holiday season for millions of families. We are thrilled to once again come together as a nation to give this gift of joy and wonder to all,” says Susan Tercero, group vice-president, Macy’s Thanksgiving Day Parade. “Our incredible team has planned a fantastic spectacle featuring an amazing lineup of giant character balloons, floats of fantasy, the nation’s best marching bands and performance groups, a dazzling array of musical artists, all coming together to herald the arrival of the one-and-only Santa Claus.”

The 91st Annual Macy’s Thanksgiving Day Parade will begin at 9 a.m. EST from 77th Street and Central Park West. The procession will march to Columbus Circle, turn onto Central Park South and march down 6th Avenue/Avenue of the Americas. At 34th Street, the Parade will make its final turn west and end at 7th Avenue in front of Macy’s Herald Square.