Following the success of the premiere season of the Showtime TV series "Penny Dreadful," CBS CP has unveiled a robust lineup of new licensing partners. 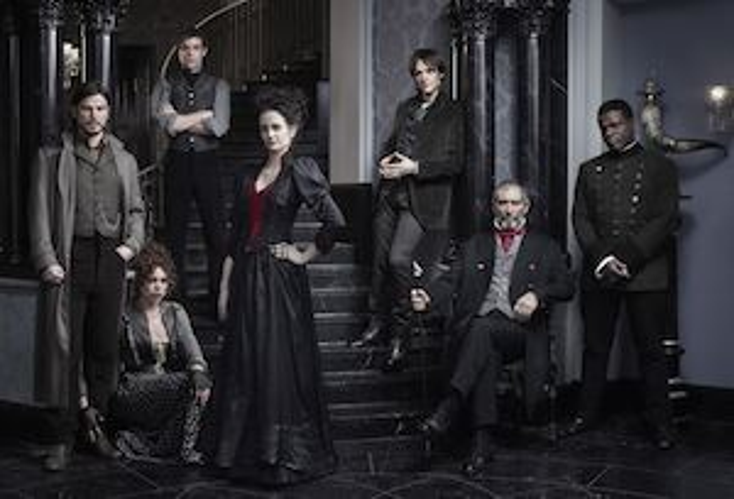 Following the success of the premiere season of the Showtime TV series "Penny Dreadful," CBS Consumer Products has unveiled a robust lineup of new licensing partners in apparel, accessories, collectibles and publishing inspired by the psychological thriller.

The series debuted in May, drawing 4.6 million weekly viewers across all of Showtime's platforms. Now CBS Consumer Products is rolling out a range of products that will be sold at the Showtime online store, along with a number of other retail channels.

In April 2015, Titan Books will publish

The Art and Making of Penny Dreadful

, which goes behind the scenes to unearth the show's secrets and dissect every aspect of the production, followed by a line of graphic novels based on the television series. Titan’s previous releases tied to the series include deluxe hardcover editions of the classic novels that inspired "Penny Dreadful," including Mary Shelley’s

A Picture of Dorian Gray.

Consumer Products will also expand its offerings into the collectible market with Bif Bang Pow and Entertainment Earth adding a second line of character figures and a journal featuring art from the show, set to hit retail in 2015. Current offerings include character action figures of Ethan Chandler and Vanessa Ives and a deck of tarot cards based on the ones used throughout the series. Additional Penny Dreadful collectibles will hit store shelves throughout 2015, including scene statuettes from USAopoly and high-end fashion dolls from Tonner Doll Company.

Rizzoli/Universe is planning 2016 wall calendars, while Pyramid International will release posters, prints, mugs, coasters and accessories in the U.K.

Aquarius is debuting a line of Penny Dreadful posters and magnets later this year, followed by glassware, playing cards and tins in early 2015, and USAopoly will launch a version of the Clue board game based on characters from the series. Finally, Cryptozoic will bring fans Penny Dreadful trading cards with imagery based on the series.

In the apparel category, Changes recently debuted Penny Dreadful-inspired t-shirts that can be accessorized with themed jewelry now available from RockLove, including handmade sterling necklaces, bangles and rings.

“Penny Dreadful has proved to be a monumental success both on screens and at retail,” says Liz Kalodner, executive vice president and general manager, CBS Consumer Products. “We look to carry this success into the second season and beyond.”

"Penny Dreadful" will return for a second season on Showtime in the U.S. in 2015. Season one is currently airing in the U.K. on Living and season two will air on Sky Atlantic.