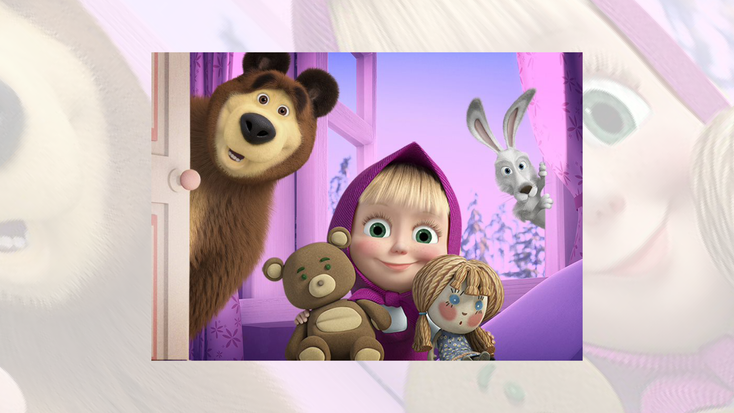 , together with its licensing agent in Iberia, El Ocho, have carried out several new CP deals for

“Masha and the Bear”

property in the region.

has developed a new licensed amusement plush toy collection by the second half of 2022. Ataa Cars will produce “Masha and the Bear” ride-on cars that will be distributed through e-commerce and stores across Spain and Portugal during the fall/winter 2022 season. Trasto Books have recently launched personalized education books with the characters. In addition, Grupo Anaya S.A. have prolonged the licensing agreement with Animaccord to continue releasing branded books in Spain, while

remains the book publisher in Portugal. Additionally, in Portugal, Zero A Oito successfully released Masha and the Bear magazines across the country.

El Corte Ingles, one of the largest Spanish retailers, arranged a summer promo for Masha and the Bear brand within its digital catalog.

Lemon will continue with a live

show tour across Spain and Portugal through October.

Regarding the media coverage in the region, Canal Panda in Spain (AMC Networks International Southern Europe) will bring to screens new episodes of the “Masha and the Bear” season 5 and “Masha and the Bear: Nursery Rhymes” in Q4 2022.

In Portugal and Spain, HBO Max, following its media deal with Animaccord, will release first episodes of “Masha and the Bear” season 5 in December as well as “Masha and the Bear: Nursery Rhymes” in November. Moreover, the platform will launch the spinoff “Masha’s Spooky Stories” in October.

For consumer products in Italy,

, in conjunction with its licensing agent

, confirmed a deal to launch Masha and the Bear puzzles with the planned launch for Christmas. Diramix has recently inked a deal for the production and release of the licensed sticker albums. Gedis has signed a deal for “Masha and the Bear” collectable 3D figurines and small houses for kiosks, with the launch set for April 2023 and December 2022 respectively.

, in conjunction with its licensing agent France Televisions, will launch “Masha and the Bear” figurines by Q4 of this year. Moreover,

has prolonged the existing deal for the production and sales of the licensed book collection in the country.

La Grande Recré, one of the leading toy retailers in France, has confirmed a complex Christmas promotion for the Masha and the Bear brand that includes a contest with a prize raffle and promo placement within the retailer’s catalog.