Warner Bros. Consumer Products has collaborated with The Art of the Brick to create an art exhibition featuring sculptures of DC Comics characters made out of LEGOs. 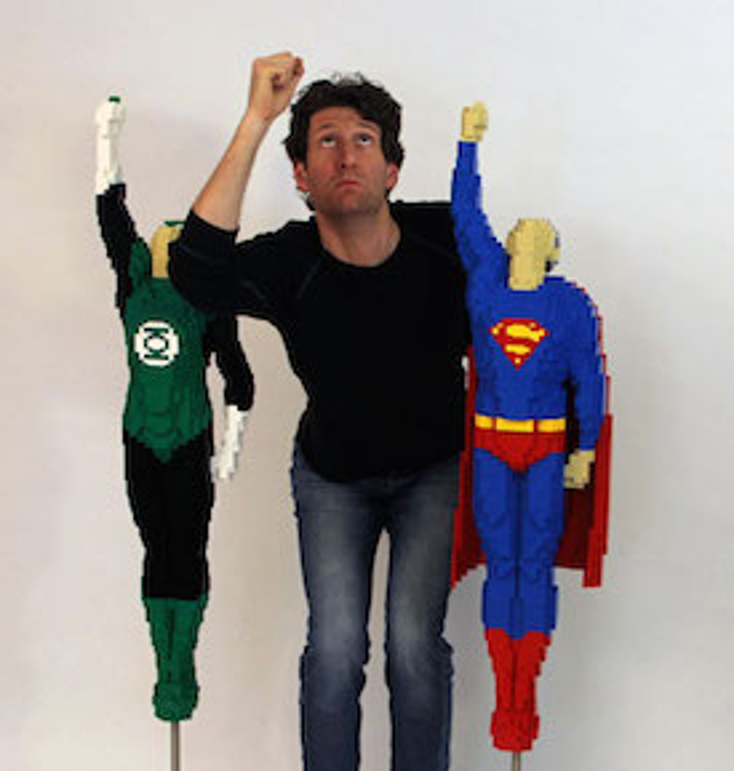 Warner Bros. Consumer Products, on behalf of DC Entertainment, has collaborated with artist Nathan Sawaya and his company The Art of the Brick to create a contemporary art exhibition featuring large-scale sculptures of DC Comics Super Heroes and Super-Villains made entirely out of LEGO bricks.

The new exhibition, "The Art of the Brick: DC Comics," will feature Sawaya's take on characters and stories from across DC Comics’ 80-year history.

"Nathan Sawaya is truly a master in his craft, which we have experienced firsthand through previous collaborations," says Brad Globe, president, WBCP. "Much like the characters of the DC Comics universe, 'The Art of the Brick' has broad appeal. We are thrilled to be partnering with Nathan to tour this truly unique interpretation around the world for fans of all ages to experience.”

DC Comics Super Hero characters Batman, Superman, Wonder Woman, Green Lantern and The Flash will be featured alongside some of the most well-known DC Super-Villains including The

Joker, The Penguin and Harley Quinn in the touring exhibition, which will begin traveling the world this fall. The exhibition will also showcase Sawaya's interpretations of vehicles, environments and themes found throughout the DC Comics mythology.

“This is an amazing opportunity as an artist to be granted the privilege to bring the pages of DC Comics to life and to interpret some of the most famous and iconic characters in history,” says Sawaya. “I look forward to bringing these characters to life in new ways that uniquely fit the medium.”