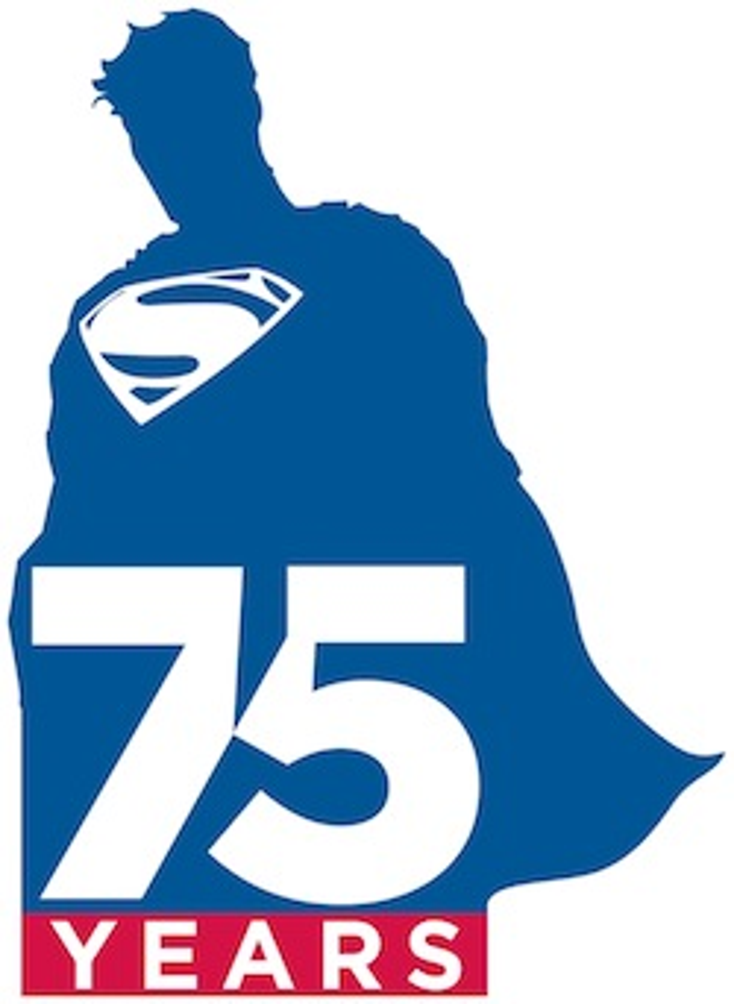 Warner Bros. Entertainment and DC Entertainment are kicking off a yearlong celebration in honor of the 75th anniversary of Superman with a special logo and range of new brand extensions.

Since first appearing in the comic book

in June 1938, Superman has became a cultural icon, entering every entertainment medium from feature films to radio to merchandise.

“Superman is undeniably the greatest superhero in the world and likely the most influential comic book character of all time,” says Diane Nelson, president, DC Entertainment. “In addition to being an enduring presence in pop culture for the last 75 years, he continues to be a commanding global icon. DC Entertainment and all of Warner Bros. look forward to celebrating this important, yearlong anniversary for Superman.”

Warner Bros. Consumer Products–will mark the anniversary with a range of events and products that will kick off with the release of the feature film

The new commemorative logo takes its cue from the iconic Superman costume and will be rolled out by all the divisions on Superman-related promotions, products and initiatives. DC Entertainment will be the first to feature the new logo on the upcoming

“Warner Bros. is privileged to be home to the global Superman brand, which has had an unparalleled impact on popular culture for 75 years,” says Kevin Tsujihara, chief executive officer, Warner Bros. Entertainment. “We are proud to commemorate this milestone with exciting entertainment across the entire studio and across the globe, ensuring this enduring icon reaches new generations of audiences.”

Other plans for the anniversary include: