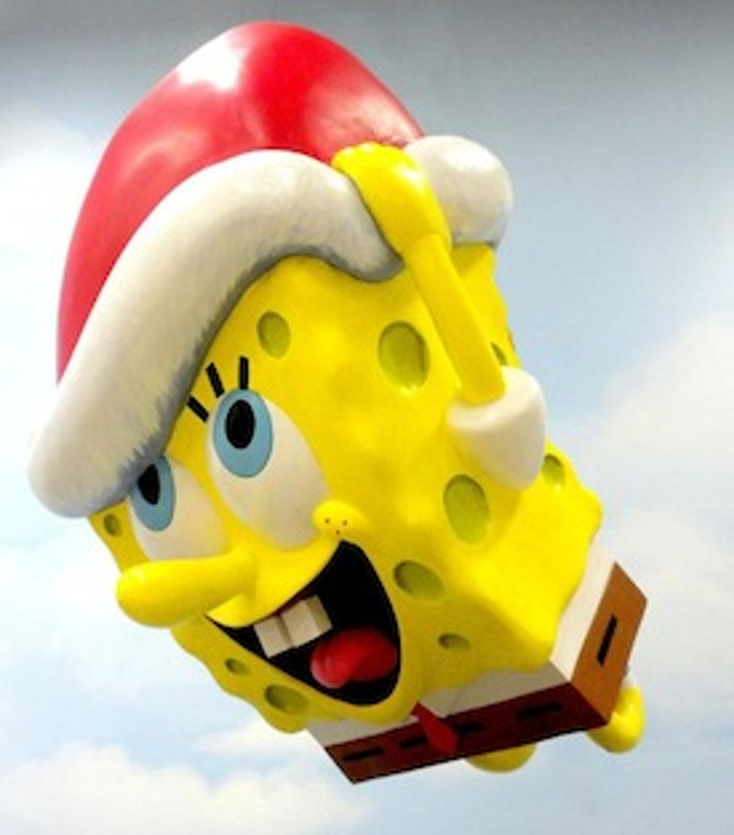 Donning a holiday-themed ensemble for this year's celebration, the SpongeBob balloon was re-imagined by Nickelodeon and the Macy's Parade organizers to give it a fresh, more vivid look.

This year will mark the character’s ninth consecutive appearance in the annual holiday parade.

"It's not very often that the term 'square' and 'balloon' are used together, but for nearly a decade the SpongeBob SquarePants balloon has been one of the many highlights of the Macy's Thanksgiving Day Parade," says Amy Kule, executive producer, Macy's Thanksgiving Day Parade. "With his animated persona and super-sized Santa hat, this second iteration of the irascible character will float down the parade route to the continued delight of the millions of fans lining the streets of New York and the many millions more watching on television across the country. This Thanksgiving, SpongeBob once again takes his rightful position squarely in the sky."

year’s parade, which will take place on Nov. 28, is expected to draw more than 3.5 million spectators in New York City and an additional 50 million TV viewers.

"Nickelodeon has a long history of successful collaborations with Macy's, and we are very excited to unveil this new SpongeBob balloon at the parade this year," says Pam Kaufman, chief marketing officer and president, consumer products, Nickelodeon. "Watching the parade is a time-honored, Thanksgiving Day tradition and we hope this balloon brings a sense of SpongeBob's eternal optimism to the millions of families watching at home and the millions more experiencing the parade in New York City.