What originally launched as a series of sticker characters for the mobile messenger application "Line" in 2011, Line Friends is now a global phenomenon, boasting more than 100 retail locations, new IP like BT21 and a score of licensees worldwide. And the brand isn't about to stop there. 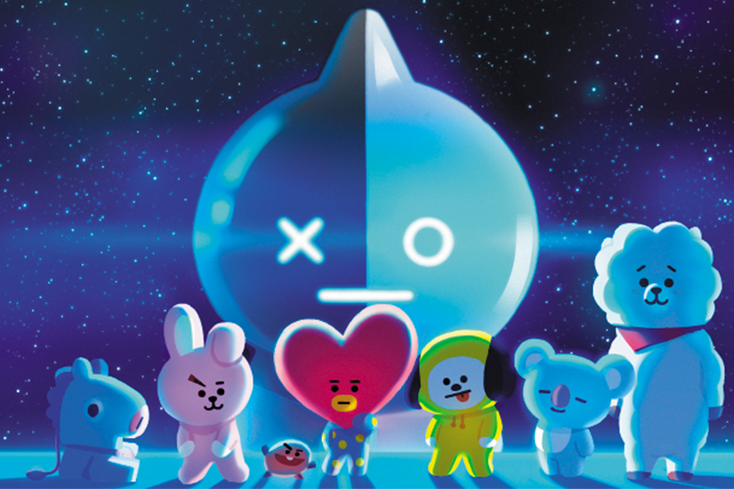 Seven years following its introduction, Line Friends now claims a robust portfolio of 5,000-plus products from licensees including Beats by Dr. Dre, New Era and Brompton, among many others. The brand has also partnered with a score of retailers such as 7-Eleven, McDonald's and Uniqlo, and has been featured prominently across multiple promotional materials including within PepsiCo China's "Lay's Funny Potato" campaign, which featured Line Friends' characters on its packaging as well as social media promotions.

At Licensing Expo China 2017, the brand was awarded "Most Popular IP" and "Best Licensed Product" during the China Licensing Awards, which were held during the show and in conjunction with the International Licensing Industry Merchandisers' Association (LIMA).

"Line Friends has worked with globally well-known brands from a wide range of businesses, from fashion to beauty and foods, which are closely related to people's lifestyles," says Keke Oh, vice president, consumer products, Line

Friends. "Because of Line Friends' ongoing dedication to quality and experience, it works with brands that will both shape and accentuate its characters' unique personalities and attain an aura of distinctiveness in the character brand industry."

In addition to licensed merchandise, Line Friends has expanded its portfolio to include animation, mobile games, cafés, hotels and theme parks. Most recently, the company opened its first large-scale flagship in Japan, marking the company's 100th store, and as of April, has opened a total of 103 stores in cities such as New York, Beijing, Shanghai, Hong Kong, Taipei and Tokyo. Line Friends is also gearing up to open a pop-up shop in the U.S.

In an effort to continue Line Friends' growth trajectory, the company has also been seeking new opportunities with licensees in the artificial intelligence and information technology sectors that other character manufactures haven't pioneered yet.

Other key initiatives include the launch of the "Friends Creator" project, which allows it to create new character IP based on the creativity of global artists from different fields. To kick off the project, Line Friends partnered with boy band and K-Pop group BTS to design and debut BT21.

The BT21 characters quickly took off, with products launching at the Line Friends flagships in Harajuku, Tokyo and New York City last December. However, the new IP is continuing to expand and most recently debuted a branded block action puzzle game, called "Puzzle Star BT21," on the App Store.

Line Friends will be at Licensing Expo to showcase its characters as well as BT21 and feature a dedicated Line Friends zone with Mega Brown greeting visitors at the entrance, a BT21 zone with BT21 character statues, a Brown Farm zone and more. Line will also debut its new Clova cloud-based virtual assistant during the show.