Grumpy Cat Limited has inked a deal with Dynamite to develop print and digital comic books and graphic novels featuring The World's Grumpiest Cat and her brother, Pokey. 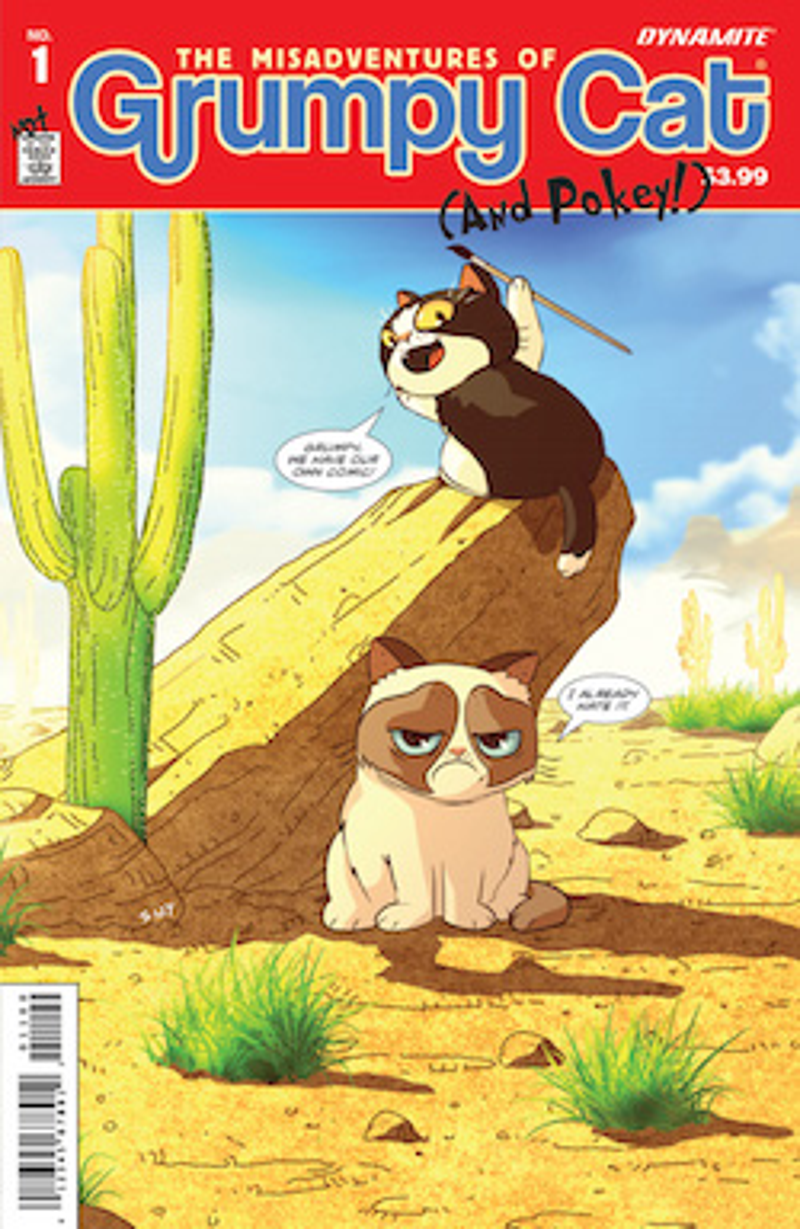 and has made numerous appearances including at the MTV Movie Awards, "American Idol," "The Bachelorette," "The Today Show," SXSW, "Good Morning America" and hosted "WWE Monday Night Raw." Grumpy Cat is also the official Friskies "Spokescat," has filmed videos with Disney and "Sesame Street," and appears in commercials for McDonald's and Honey Nut Cheerios. Licensed Grumpy Cat merchandise is currently available at retailers worldwide.

"With her ever-present pout and sassy disposition, Grumpy Cat has won the hearts of people everywhere," says Keith Davidsen, marketing manager, Dynamite Entertainment. "I can tell you, we're thrilled, just absolutely thrilled, to bring this adorable curmudgeon's misadventures to the comic world. One of the most important responsibilities for today's comic publishers is creating content that will attract fresh new audiences to experience the wonders of the medium, and Grumpy Cat is the perfect combination of unbearable cuteness, instant fan appeal and established multimedia presence to make just such a thing happen."