The WWE superstar enters the ring with Snoop Dogg for a special-edition anniversary line. 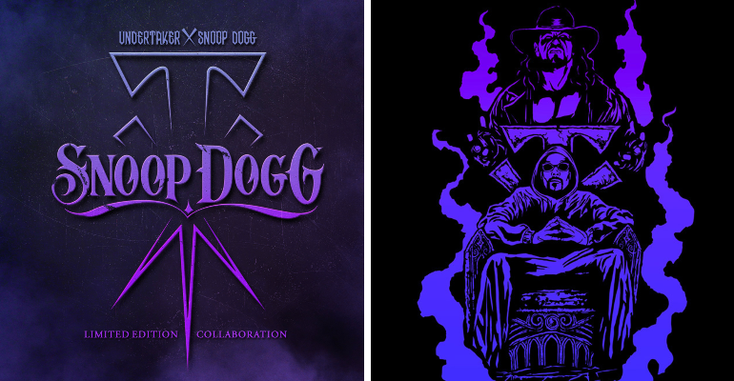 WWE superstar Undertaker has teamed with Snoop Dogg for an apparel and accessories collaboration.

Paying homage to both anniversaries, the Undertaker x Snoop Dogg line aims to be a celebration of the mutual respect both icons have for each other. It also arrives ahead of the Undertaker’s final farewell at Survivor Series, which will occur on Nov. 22 on the WWE Network. It marks the wrestler’s final match over his 30-year career.

The line continues a string of novel partnerships for the WWE. Earlier this year, the organization debuted a line of lawn chairs with

. The WWE also launched an

with Wines That Rock last September.

with Wines That Rock last September.