The bundle based on the popular anime brand releases on Oct. 27. 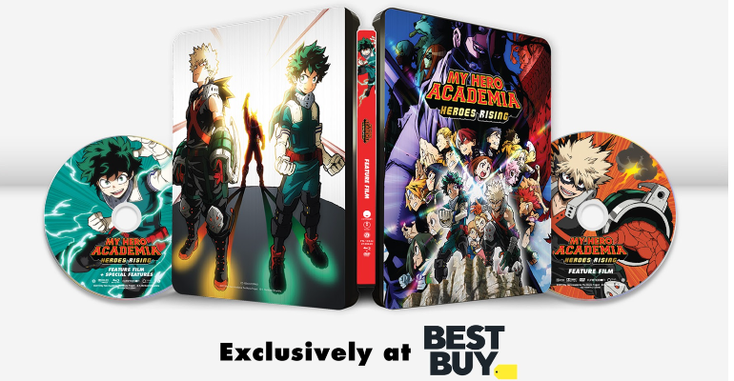 Funimation has announced a “My Hero Academia: Heroes Rising”

Funimation is exhibiting at Festival of Licensing, a month-long large-scale digital gathering that unites the global licensing industry to connect, learn, strike deals and do business on an international stage. The event takes place Oct. 6-29.

earned more than $13 million at the box office making it the eighth highest-grossing anime films of all time in the U.S. The bundle includes the film’s Blu-ray, DVD, and digital download including SUB and DUB.

Fans of the film can also head over to Funimation’s shop to get a 25th anniversary Silver Chrome All Might Funko POP! with the purchase of the film.

The bundle is available starting Oct. 27 in the Funimation Shop and select retailers.

Want to learn more? This company is an exhibitor at Festival of Licensing. For more news like this or to experience the event, click here.
Funimationmy hero academia