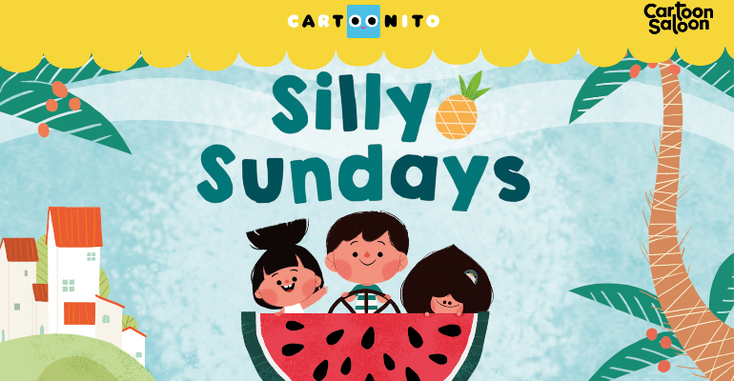 “This is going to be an exciting BLE for Cartoon Saloon,” says Brian Tyrrell, general manager, licensing and merchandise, Cartoon Saloon. “In the preschool space, we’re presenting for the first time our newest  animated series, ‘Silly Sundays,’ for which we’ve already had many discussions and seen huge interest since we announced our deal with WarnerMedia Kids & Family for the series to air on the new Cartoonito preschool block on HBO Max and Cartoon Network along with RTE in Ireland. We’re also proud to debut ‘Puffin Rock – The Movie,’ based on the award-winning hit series, which will debut in 2022.”

will also provide us with the opportunity to speak to potential partners about Cartoon Saloon’s Irish Folklore Trilogy,” continues Tyrrell. “With the completion of ‘WolfWalkers,’ with its Academy Award, Golden Globe and BAFTA nomination among its more than 100 awards nominations and 45 award wins to date, the trilogy of ‘WolfWalkers’ and also Academy Award nominees ‘Song of the Sea’ and ‘The Secret of Kells,’ we’re delighted to work with potential licensing partners to create merchandise for fans geared toward the movie trilogy that offer further engagement across the brands.”

“Silly Sundays” is an animated comedy series withthat follows cousins Sonia, Hugo and Mel on adventures at their family get-togethers. Created by producer Nuria González Blanco, “Silly Sundays” will debut in 2023 on Cartoonito in the U.S., LATAM and EMEA, as well as with RTE in Ireland.

Co-produced with long-time partner Dog Ears and Chinese partner CNB, “Puffin Rock – The Movie,” based on the preschool TV Series “Puffin Rock” (78x7) will debut in the summer/fall 2022. The movie sees the heroic Oona work with her new-found friend Ursula to save their island and a precious little egg. The story celebrates the puffins’ natural environment and features themes of belonging, courage and friendship. “Puffin Rock” screens globally on Netflix and on Tencent in China where it has been streamed over 170 million times, and on linear TV around the globe..

Cartoon Saloon will be seeking licensing partners for all properties across Toys, Apparel, Games/Puzzles, Crafts, Publishing, Accessories and more.

Early deals for the Irish Folklore Trilogy include a 4-Disc Blu-ray box set available Dec. 14 in North America with GKIDS and Shout! Factory and in the U.K./Ireland with Studio Canal. Cartoon Saloon will be developing a consumer products program for the Trilogy across multiple key categories, including Apparel, Games, Publishing, and Accessories, with an anticipated retail debut in 2022.