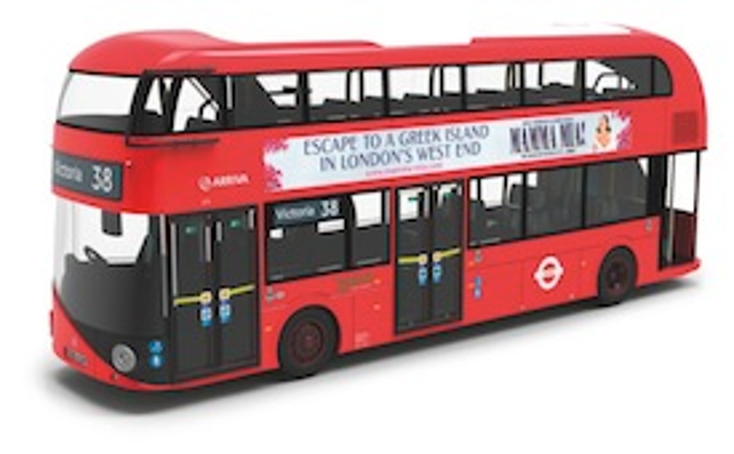 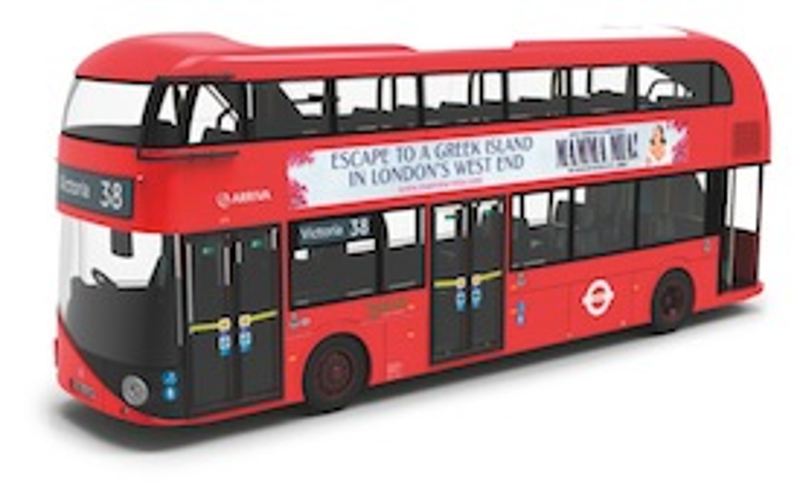 Corgi, a subsidiary of Hornby Hobbies, has announced a new partnership with Transport for London to create five limited edition die-cast models of the New Bus for London (NBfL), each featuring West End musical advertising livery.

The new hybrid diesel-electric buses were first announced back in 2008 by London Mayor Boris Johnson, hence their nickname–BorisBus. In February the first NBfL hit the streets of London with seven more following in July. Also in July, CBS Outdoor U.K. announced plans for NBfL’s first ever-advertising campaign, which has been recreated on the Corgi models.

Corgi will reproduce five of the original eight buses in 1:76 scale. Versions featuring the “Mamma Mia,” “Wicked” and “We Will Rock You” adverts will be available at Corgi retailers and online, a version featuring “Les Misérables” will be released exclusively through Corgi’s direct catalogue and website, and the “Singin’ in the Rain” model will be available to Corgi Collector Club members only. All five models will

be released in December.

“This is a very exciting partnership for Corgi and [Transport for London],” says Frank Martin, chief executive officer, Hornby. “We have poured 55 years of experience into the New Bus for London model that will allow both Londoners and tourists to keep a modern memento of Britain’s capital with them wherever they go.”