Posner has named WildBrain CPLG as its European licensing agent. 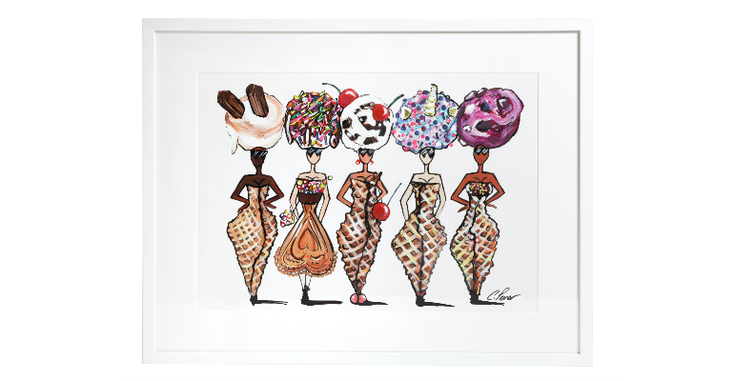 WildBrain CPLG is exhibiting at

Under its lifestyle division, WildBrain CPLG, will assemble a design-led consumer products program inspired by Posner’s artwork with an initial focus on the U.K. market. Target categories will include beauty, stationery and greetings, homewares and soft furnishings, fashion and accessories, luxury ceramics and tableware and gifting.

“Charlotte’s work is captivating and original, both accessible and uniquely creative and we are excited to collaborate with her to develop innovative and design-led product ranges,” says John Taylor, vice president, Northern Europe and managing director, U.K. and France, WildBrain CPLG. “The licensing program will sit closely alongside Charlotte’s art, offering fans of her work another chance to own a little piece of Posner magic.”

” A social media frenzy then erupted when she first introduced her ‘Pop Dolls’ series to the public in 2015. Coca-Cola, Walls, Kellogg's and Cadbury’s all complimented the works, and one piece later became the creative for Magnum’s U.K. social media platforms.

“I am excited to be working with WildBrain CPLG to expand my brand,” says Posner. “We are at an exciting stage of development and it is a great opportunity to share our creativity with more companies.”

For the latest news in licensing from companies in this category, click here.