The Joy of Painting: Bringing Bob Ross’s Legacy to Licensing 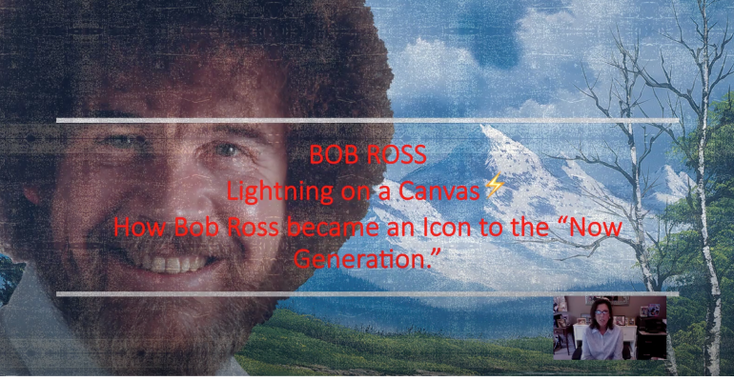 Starting with his beloved PBS series, "The Joy of Painting," Bob Ross has become a cultural icon celebrated by generations of fans. His calm demeanor and supportive tone have brought the literal joy of painting to enthusiasts around the world.

During the Festival of Licensing on-demand presentation, "Lightning on a Canvas: How Bob Ross Became an Icon of the New Generation," the licensing agency Firefly Brand Management highlighted how they've been able to take Ross's authenticity and bring it into licensing.

"One of [Ross's] favorite and most famous quotes is, 'we don't make mistakes, just happy little accidents, and in launching a merchandising program you really want to think about what you're working with, and all the different moving parts," says Cynthia Modders, chief executive officer, Firefly Brand Management, during the presentation. "So sometimes it's not just about the content that was created on TV, but it's all the attributes as well."

Early on, the world rediscovered its love for Ross following a marathon of "The Joy of Painting" on Twitch. The 2015 live stream earned over five million viewers and highlighted the mass potential for Ross in licensing.

"Bob went from this unassuming creative artist to now this pop culture icon, and I like to chalk it up to Twitch having a big influence," added Modders. "That was basically the match that lit the fire."

Now with a strong nostalgia for Ross and new fans by way of streaming, Firefly has taken the brand into consumer products with an approach that aims to bring Ross's spirit to market in a way that fans can connect to every day.

"It was tapping into that uplifting positivity, especially now," says Modders. "The soothing voice, the calmness –all of these attributes led to him being such an enduring icon. Because people felt that he was approachable, people felt like this was really a wonderful, beautiful human being."

Find out more insights from Modders on the Bob Ross licensing program by watching the on-demand “Lightning on a Canvas: How Bob Ross Became an Icon of the New Generation”