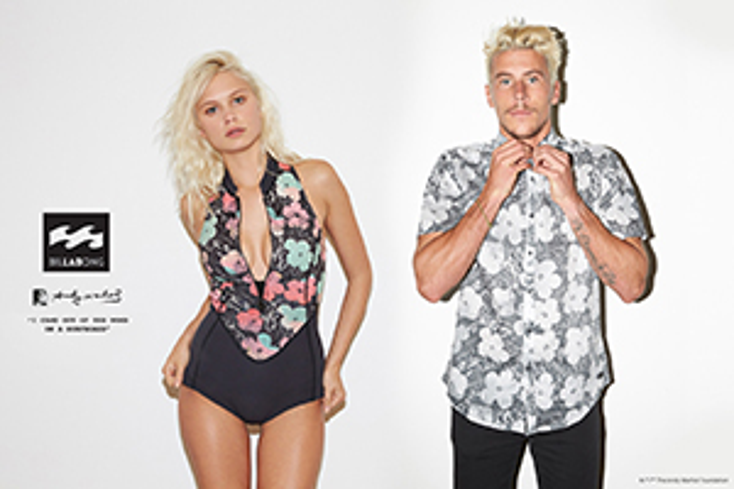 Collaboration will highlight the late artist’s work on surf-inspired gear. 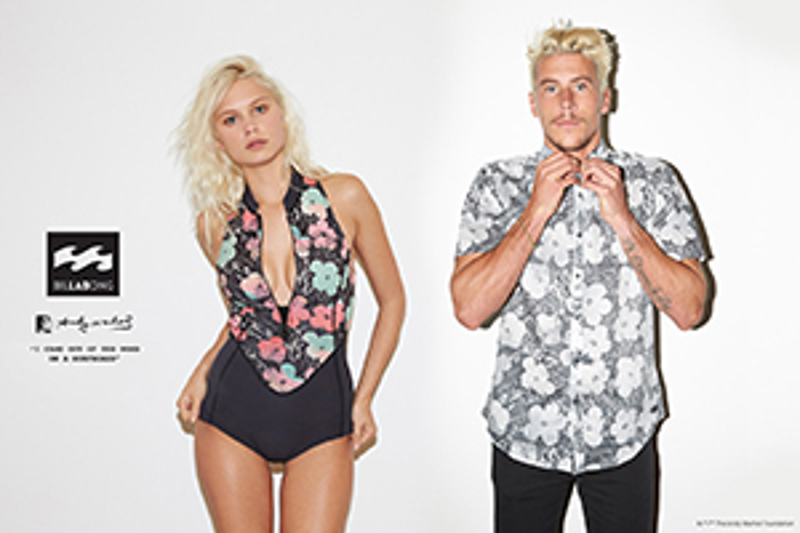 The new collection features a range of surf-inspired products for men and women including board shorts, swimwear, tops, tees and accessories.

“Warhol's rebellious spirit and attraction to non-conformists led him to Southern California in 1968 where he spent two weeks filming surfers as part of his underground film,

,” says Michael Dayton Hermann, director, licensing, Andy Warhol Foundation. “The Foundation is proud to collaborate with Billabong to celebrate individuals who refuse to be defined by convention.”

"Andy's dedication to progressing art and his love for the surf culture became a powerful connection to our brand and inspired us to create this collection," says Shannan North, global brand president, Billabong. "To see Warhol's iconic art come to life

on our silhouettes is an important and celebrated moment in our brand history."