Building off last year's inaugural event in Las Vegas, the 2010 Licensing International Expo offered higher attendee numbers and more international visitors on a bigger show floor. The expo reported increased pre-registered attendance of 21,000, more than 15 percent over last year. More than 400 exhibitors were at the Mandalay Bay Convention Center in Las Vegas June 8 to 10 as the expo celebrated its 30th anniversary.

Exhibitors used the expo to showcase new franchises, such as Mattel's new Monster High property designed to help teens weather the trials of high school, and expand evergreen properties, such as Warner Bros.' Looney Tunes which will have new programming and product in the coming months.

theme park opening (see story page 22), were all part of WBCP's strong slate of properties featured at the expo.

Media outlets, including the

, spread the word throughout the three-day show as industry leaders announced big retail deals and created show buzz with a long list of celebrity partnerships.

FremantleMedia Enterprises announced the North American launch of Rebecca Bonbon, created by Hello Kitty designer Yuko Shimizu. This is the first time a brand has launched at the same time across Sears and Kmart in the U.S. and Canada. More than 320 different products will hit shelves beginning Aug. 1 in categories including apparel, outerwear, headwear, accessories, bags, cosmetics, sleepwear, home décor, plush and pet products. Two distinct looks will appeal to women and girls. 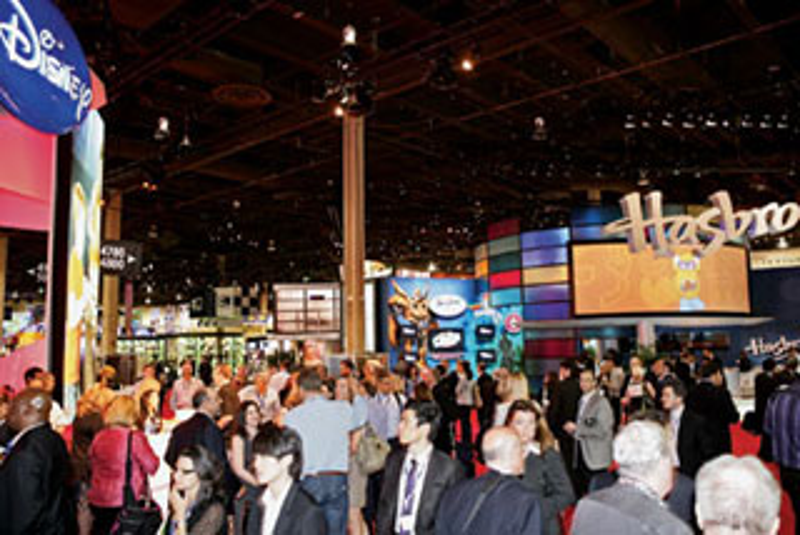 Cookie Jar Entertainment, American Greetings Properties and Exim Licensing Group signed a licensing deal with Brazil's Xeryu's to create Strawberry Shortcake products. Xeryu's Strawberry Shortcake (Moranguinho in Brazil) product will include fashion bags and backpacks, which will be sold starting in November. Items will be available at more than 700 specialty, independent stores and retail chains throughout Brazil.

Later this summer, Universal's Curious George has a new product line headed to Pottery Barn; branded Nana's Cookies packs; on-pack label graphics on Langers juice bottles; and content based on the brand in

magazines published within the 2010-2011 school year. Toys, plush and paperbacks will hit this summer at retailers, including Target, and apparel from Junk Food will launch at Gap stores nationwide. Kids Headquarters will offer toddler sets and separates and Sara Max will debut a line of pajamas. The Library of Congress will also use Curious George's image in a public service campaign created in partnership with the Ad Council to encourage parents to read to their children.

CBS announced a deal with retailer bebe to launch this fall a branded clothing line based on television series "90210." 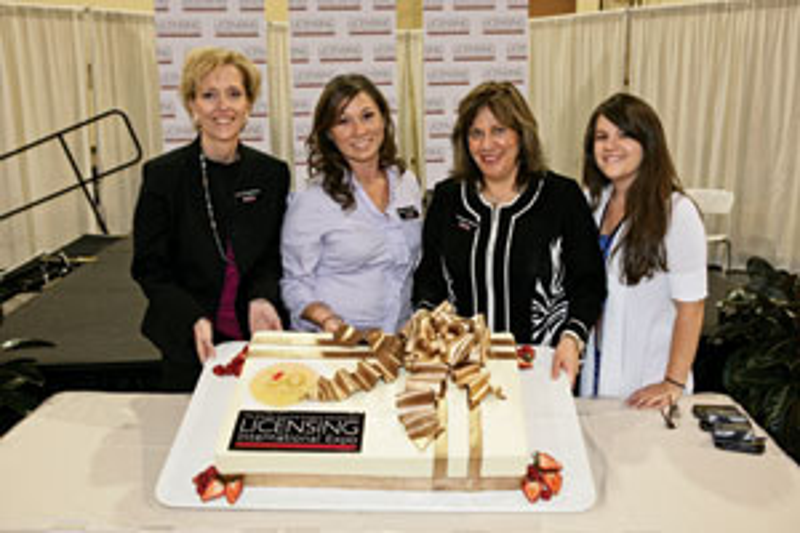 Four series, "Big Time Rush," "Victorious," "Fanboy & Chum Chum," and "Team Umizoomi," were a focus for Nickelodeon Consumer Products at the Licensing International Expo. "Big Time Rush," produced in partnership with Sony Music, is a live-action series about four best friends who become part of the L.A. pop music scene. Written and developed by Dan Schneider, "Victorious" is about a teen named Tori (Victoria Justice) who enrolls in an elite performing arts high school. "Fanboy & Chum Chum" premiered November 2009 and was the highest-rated premiere with kids 2 to 11 years old in the network's history. "Team Umizoomi" combines action-adventure missions with an interactive math curriculum.

scheduled to release in Italy Oct. 29. Deals have been signed in Italy for a variety of categories, from Kinder Eggs; cake, food and snacks with Ferrero Rocher, Pescardolc and San Carlo; to fragrances, toiletries, makeup and gift sets with Admiranda.

(which was released in May), followed by

Major partners are already signed on for programs, including master toy licensee Hasbro, Hallmark for social expressions, Crayola for arts and activity and Maisto for die-cast toy vehicles.

Not limited by movies, Marvel is also developing a major multimedia and merchandising campaign for "The Super Hero Squad Show," one of its top animated programs. Hasbro is signed on as the master licensee for Super Hero Squad toys, and other deals include Disguise/Cesar for dress-up, Mega Bloks for construction toys, Hallmark for social expressions, THQ for video games, Elmer's Products for arts and activity and Bendon Publishing and Little, Brown Books for Young Readers for publishing programs. A direct-to video animated feature based on the show is also in development for this year.

And while much of the action at the Licensing International Expo happens on the show floor there were also educational seminars that provided insights to first-time attendees, as well as veteran licensing executives, nightly events sponsored by show exhibitors and the LIMA awards that recognized industry excellence. Highlights of all these events are covered in this expo wrap up.