The 109th American International Toy Fair, hosted by the Toy Industry Association, opens today in New York City. A host of deals from some of the industry’s top licensors has been announced, including Mattel, Hasbro, Nickelodeon, Disney, Bandai and 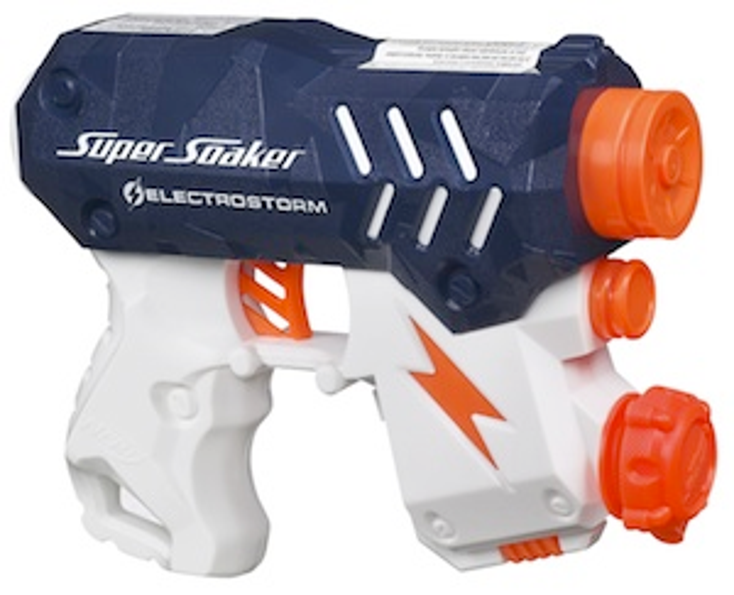 The 109th American International Toy Fair, hosted by the Toy Industry Association, opens today in New York City. A host of deals from some of the industry’s top licensors has been announced, including Mattel, Hasbro, Nickelodeon, Disney, Bandai and more.

• Mattel is showcasing its traditional roster of properties (Barbie, Hot Wheels, Monster High and Fisher-Price) but with a new twist that more actively integrates innovative technologies. The brands will convert tablets into an immersive play experience with Apptivity, a proprietary technology that allows kids to use a physical toy in conjunction with an iPad. Mattel will also launch more traditional products for each line, as well for Fijit Friends, WWE and Disney properties such as Cars and Disney Princess.

• Hasbro has a new “off the board” gaming line, called zAPPed Gaming, for its Battleship brand. It will also debut a line of “extreme” toys for Nelvana’s “Beyblade” series, as well as several toys for its classics such as Nerf, Play-Doh

and Mr. and Mrs. Potato Head. Also from Hasbro, a line of Care Bears plush, inspired by the launch of the new CGI television series; a line of action figures and role play in support of the film G.I. Joe: Retaliation, which premieres June 29; a range of products for Transformers; a slew of products in support of films The Avengers and The Amazing Spider-Man such as role play, action figures and R/C controlled toys, among many others. Additionally, Hasbro has inked a deal with CBS Consumer Products for a line of Star Trek toys to arrive at retail in conjunction with 2013 film.

• Nickelodeon unveils several products for its Winx Club property including dolls, play sets, accessories, dress up, role play and Halloween costumes from Jakks Pacific and Disguise to launch this fall. Team Umizoomi and Dora the Explorer will get new toy lines from Fisher-Price. SpongeBob SquarePants will also get new Fisher-Price toys from its Imaginext brand; and Victorious and its master toy partner Spin Master have announced a new line of fashion dolls and role play to launch in October. Teenage Mutant Ninja Turtles also has a host of physical product on the Toy Fair floor.

• For girls, Disney and Tolly Tots debut toddler dolls and role play for Disney Princess; dolls and play sets for the upcoming Brave feature from Mattel and toddler dolls from Tolly Tots; and dress up and role play for the Disney Fairies property from Jakks Pacific. For boys, Disney's Cars and Toy Story properties will get toys from Mattel, Spin Master, LEGO, Fisher-Price and Thinkway. For the preschool segment, a range of products from Just Play and Fisher-Price are in place for Disney’s “Minnie Mouse Bow-tique,” “Jake and the Neverland Pirates” and the new series, “Doc McStuffins.”

• Bandai continues its master toy partnership for Saban Entertainment’s Power Rangers property, and will launch a range of figures. Pressman Toy will also showcase a range of Power Rangers skill and memory games. Bandai also unveils toys for Turner CN Enterprises’ Ben 10 property, including the Ben 10 Ultimate Ultimatrix. Bandai also debuts a line of toys for Zinkia Entertainment’s Pocoyo, which will launch this fall at Toys ‘R’ Us, Amazon.com and select Walmart stores.

• In addition to the offerings from Hasbro, Marvel licensee LEGO will be recreating iconic scenes from the upcoming film

at Toy Fair with an all-new micro figure scale for the Hulk figure. Thinkway Toys has a line that includes transforming vehicles with great character reveals and a radio control Quinjet. Sakar has created electronic spy range of products based on Nick Fury's S.H.I.E.L.D. Agency in the film. Silverlit will be showcasing a flying radio control Quinjet with the addition of Captain America on a radio control motorcycle.