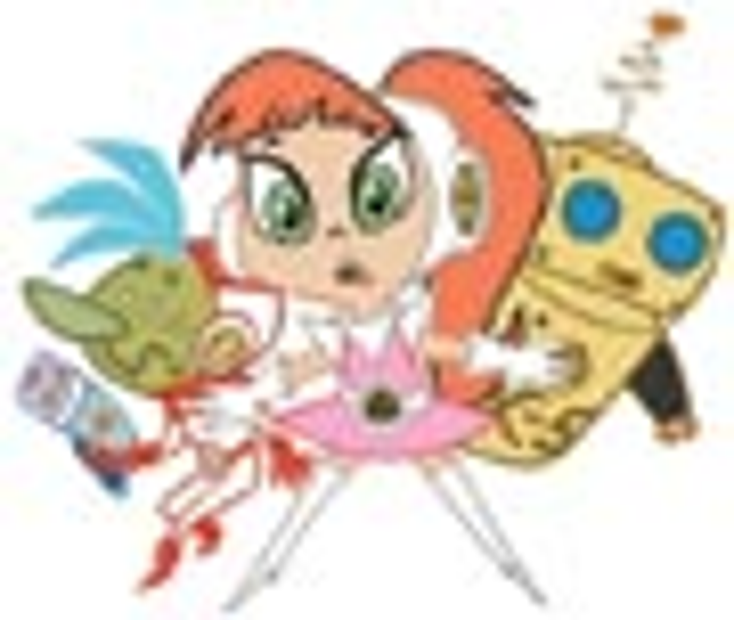 They say, "opposites attract." Indeed, for Madison Avenue marketing and advertising gurus and other agencies around the country, pitting two opposite icons against one another in the same TV advertising spot is certainly attracting a lot of attention. Why didn't they think of it sooner?The Pillsbury Doughboy may be a little-white-cute-and-plump baker who "hee-hees" when you touch his belly button, but he's actually quite a large figure, ranking No. 1 as favorite advertising icon in The Advertising Educational Foundation Online Consumer Poll. Now, he has a new role, starring opposite the "Sprint Guy" in a recent TV commercial. Is this a new advertising trend? Apparently, yes. The blurring of icon and message lines in TV spots began with the Maytag men (the original and new repairman) driving a Chevrolet Impala (General Motors), and then the Taco Bell chihuahua (although retired) appeared opposite

Berkshire Hathaway Inc.'s GEICO gecko (a new icon for the insurance firm). Although this advertising fad is in its infancy, according to Dean Jarrett, spokesperson for The Martin Agency, Richmond, VA, who spearheaded the GEICO commercial, it may become a lasting trend "as many of these character icons have tremendous equity." It's also signaling a move away from celebrity-fueled endorsements, and some of the high price tags that come with stars. (The trend also has been brought to light by editors of USA Today and The Wall Street Journal, both of which questioned the blurring of messages and essentially "Whose Ad Is It Anyway?," according to The Wall Street Journal article.)

It's the consumer-recognized equity that advertising execs are seeking. Although the recent Sprint/Pillsbury Doughboy commercial begs the question, "Whose message is being delivered?," Dan Wilinsky, spokesperson for Sprint Corp. based in Overland Park, KS, says the spot was tremendously received. The Sprint Guy, he argues, has become a character in his own right, rounding his 100th commercial this past December. Asked why the use of the Pillsbury Doughboy? "He [Pillsbury Doughboy] has instant recognition. In the wireless sector, companies are competing with advertising that focuses on talking heads and price. The Sprint spots immediately cut through the clutter of other wireless ads," explains Wilinsky. "Any concern about blurring the lines is quickly put to rest. The emphasis in our commercials is on Sprint and wireless phones. Viewers get it." Further, Wilinsky argues that the recent Pillsbury spot (which is now off the air) is no different from pairing celebrity Charo or the Looney Tunes characters (which aired during the release of feature film Looney Tunes: Back in Action) with the Sprint Guy.But corporate brand licensing industry executives beg to differ. One corporate brand licensing agent points to the Maytag/Chevrolet spot as almost a "bad" brand extension. "Do you remember who the ad was for?" questions the agent of the commercial. "Corporate brands must be careful with the transfer of equity. In any licensing, co-branding, promotion, or advertising deal, you must keep the brand's equity in mind and create a program that strategically supports that one brand's equity." Seems the use of entertainment-based characters in TV spots shows no signs of abating. Recently, Pizza Hut approached The Jim Henson Company for use of the Muppets (now owned by Disney). The spot, which aired during the Super Bowl in February, was so well received that Pizza

Hut's advertising agency, BBDO New York, extended the life of the campaign through April. According to Michael Polis, senior vice president, marketing worldwide, The Jim Henson Company, "The Muppets were a good character set to use for the spot." He explains that the commercial promotes Pizza Hut's new "four-for-all" square pizzas, four square pies in the same box with individual crusts and toppings. Supporting the quadrants are Kermit, Miss Piggy, Gonzo, and Animal. Fozzy appears in some of the spots. According to Polis, while not the first time the Muppets have appeared in consumer product or other endorsements, it is the first Pizza Hut commercial. "But when we are approached and engage in a conversation, we work with the creators to ensure the concept is right for our characters." Bugs Bunny, Daffy Duck, Wile E. Coyote, and the Road Runner are co-stars opposite the AFLAC duck. The TV commercial, which aired January 1 for the insurance company, marked the day the American public was first introduced to the duck and its infamous AFLAAAAAC quack, and the first time the duck was animated. (Warner Bros. Animation created the animation for the spot, which includes animating the world in which the AFLAC duck and the LT characters appear.) According to Jordan Sollitto, executive vice president of worldwide marketing, Warner Bros. Consumer Products, "The deal took a good eight months to consummate." That's not the norm for a decision to utilize a Warner Bros. character or characters in a spot, he says. "We all agreed we had something that worked, but we wanted to be sure it would work for both parties," says Sollitto of the partnership between Warner Bros. Consumer Products and the Kaplan Thaler Group, the advertising agency for AFLAC. "We wanted to ensure our characters behaved in character, the way Looney Tunes fans expect them to behave. We also wanted the Looney Tunes to be stars, and not just be making a cameo appearance," continues Sollitto. "What made this doable, and the reason we knew we had something, is the AFLAC duck is legitimately a funny character, who has similar slapstick humor to that of the Looney Tunes characters." Further, says Sollitto, the AFLAC duck is "not a throwaway icon." This commercial marked the 16th spot in the AFLAC campaign. The AFLAC duck has shared the stage with the likes of celebrities Chevy Chase, Yogi Berra, and Wayne Newton. Oddly enough or not odd at all, Target Corp. recently ran a TV spot for its new Super Target stores that features a variety of packaged goods characters young and old. What's odd is that a variety of packaged goods companies agreed to place their characters in the same spot. (For License!'s June 2003 cover, which featured a variety of brand and entertainment characters headed to Licensing 2003 International Show, many companies opted not to participate as it was against corporate policy to pair icons in the same spot.) Tony the Tiger, the M&M'S, Mr. Peanut, The Green Giant, Snap/ Crackle/Pop, among others, are charging into the retailer's door delivering the message that Super Target is the destination for packaged goods branded items. Elisa Webb, director, worldwide licensing, Kellogg, believes the Super Target commercial was a "clear advertising message," noting that Tony the Tiger was the first to charge the store.

While many of the character icons found in the Super Target spot have been out of the advertising loop for some time now, most notably Mr. Peanut and The Green Giant, they are about to grab the spotlight once again. And, advertising executives who created some of those well-recognized icons and have been the creative juice behind the world's most memorable commercials are about to get the credit they deserve. Advertising Week in New York City, scheduled for September 20 to 24, 2004, aims to raise the profile of the advertising industry, which like many industries has suffered economic downturn since the events of 9/11 and the resulting and ongoing war, to the general public. (U.S. ad spending is expected to grow 6.9 percent to $266.4 billion in 2004, with worldwide ad spending set to rise 5.8 percent to $498.3 billion, according to Robert Coen, director of forecasting at Interpublic Group of Cos.' Universal McCann.) According to Matt Scheckner, executive director of Advertising Week in New York City, the event will pay homage to great advertising slogans (such as the "I Love New York" campaign) and icons. At a press conference to announce the initiative in November, a slew of character icons turned out, including Mr. Peanut, the Energizer Bunny, Pink Panther, and Smokey the Bear. Scheckner is hoping that rights holders for these and other characters will take part in an opening day parade (September 20) that will march along Madison Avenue.Additionally, as reported in License! last month (Brands column, p. 82), on display at Grand Central Station's Vanderbilt Hall will be some of the most popular advertising campaigns. In late spring, Advertising Week in New York City will promote the event to the general public, according to Scheckner, although mediums for the advertising have yet to be identified. Borrowing from the fashion industry with its Walk of Fame on Seventh Avenue in New York City, Advertising Week in New York City also will launch the Advertising Walk of Fame along Madison Avenue. The public will have the opportunity to cast votes for slogans and icons via Advertising Week in New York City's partnership with USA Today. Scheckner hopes to have 26 slogans and 26 icons inducted into the Walk of Fame.

The Walk of Fame has technically already begun on air. Whether a co-starring role or a cameo appearance, advertising executives say the fad now has become a trend. All point to consumers' emotions, and the feel-good associated with individual characters as well as a consumer's loyalty to the products each character promotes. Who's next? "Because of corporate policy, we can't tell you what's baking," says Sprint Corp.'s Wilinsky. Of course, pardon the pun.