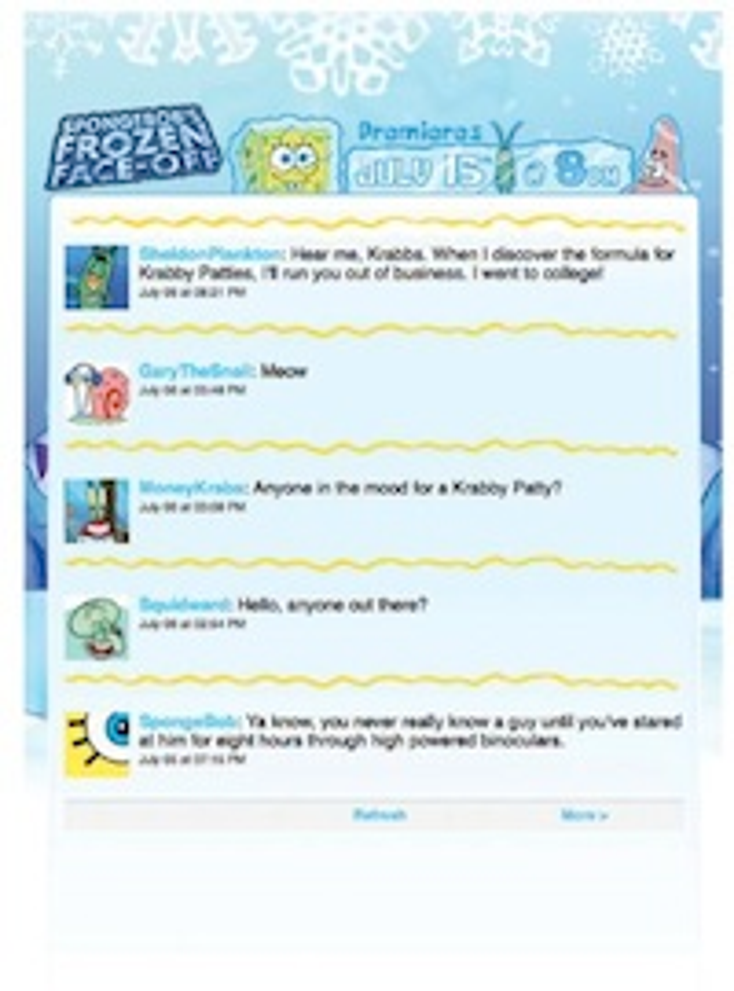 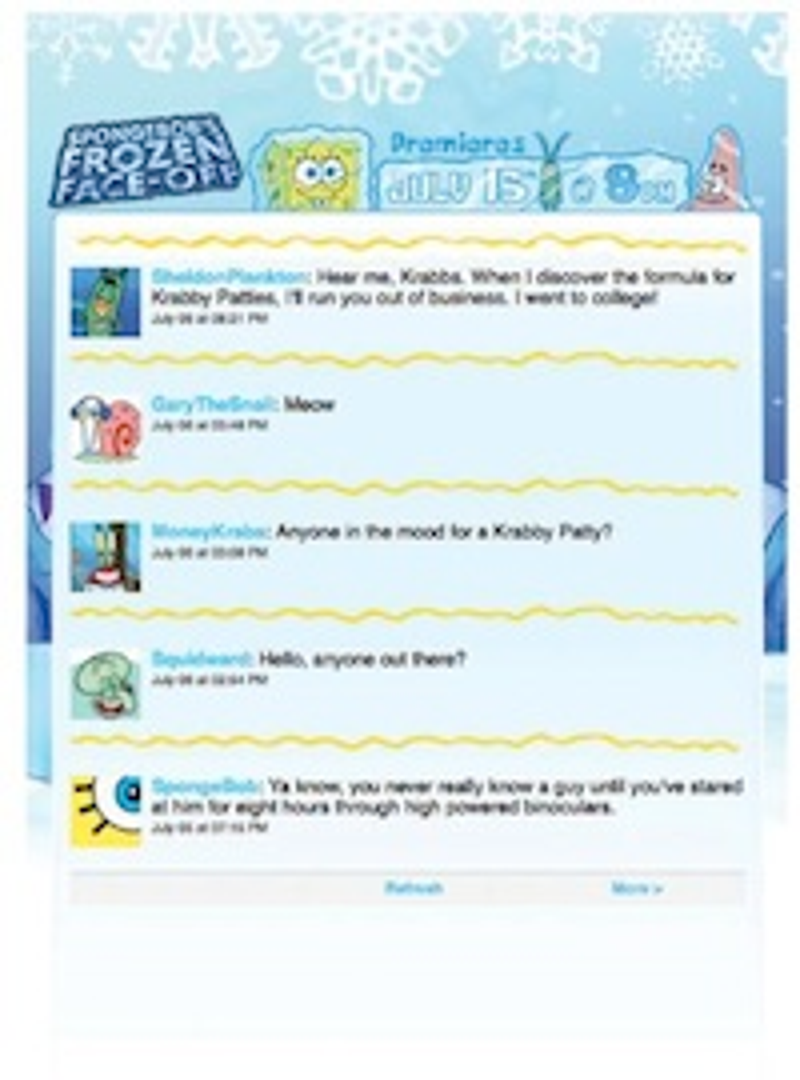 Nickelodeon will debut a SpongeBob SquarePants original story on Twitter created exclusively for the social networking site. "The Ice Race Cometh: A Twitter-Tale," was conceived and developed by the "SpongeBob SquarePants" writing team and will run from July 12-15. The story serves as a prequel to "Frozen Face Off," the brand-new, prime-time SpongeBob television episode, premiering July 15 on Nickelodeon.