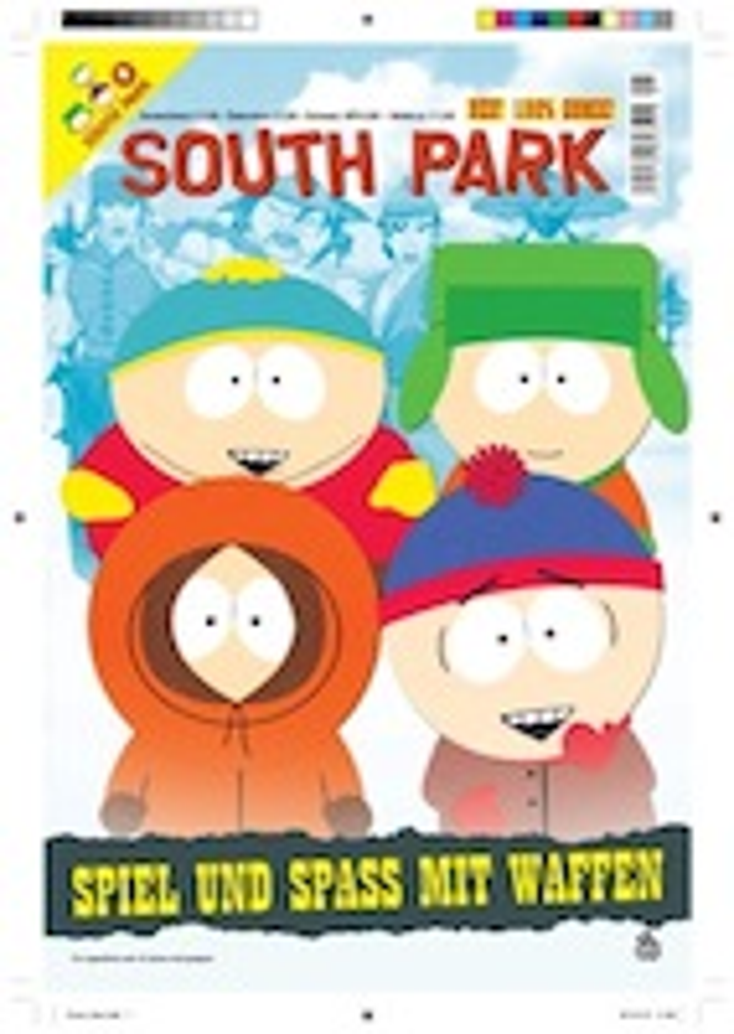 Germany’s Blue Ocean Entertainment began to publish a German-language South Park magazine, distributed across Germany, Switzerland and Austria. In the U.K., NCP has signed a deal with specialist publisher Pedigree for a “South Park” comic annual, which features two 64-page comics per release and will come out this fall.

Japanese publisher Takarajimasha is developing a mook magazine for the animated property “Usavich.” Takarajimasha has also published the first official

magazine is set to debut in Brazil, thanks to a multi-property deal with Panini. The magazine comes through

its Brazilian division Panini Brazil, and includes story plots, games, photo stories, and guides on how to set up a website and start a blog.

In another Brazilian deal, Nickelodeon Consumer Products International and Globaal Shoes will produce a line of “SpongeBob SquarePants” sneakers that will hit stores this fall or winter.