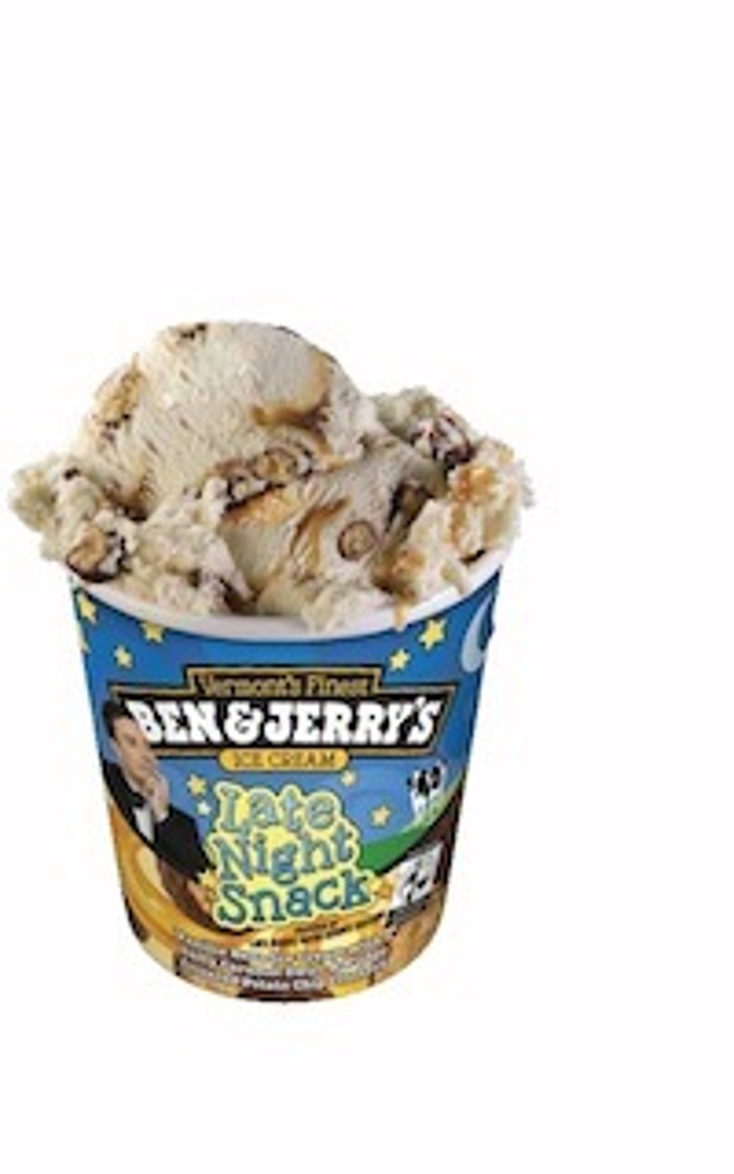 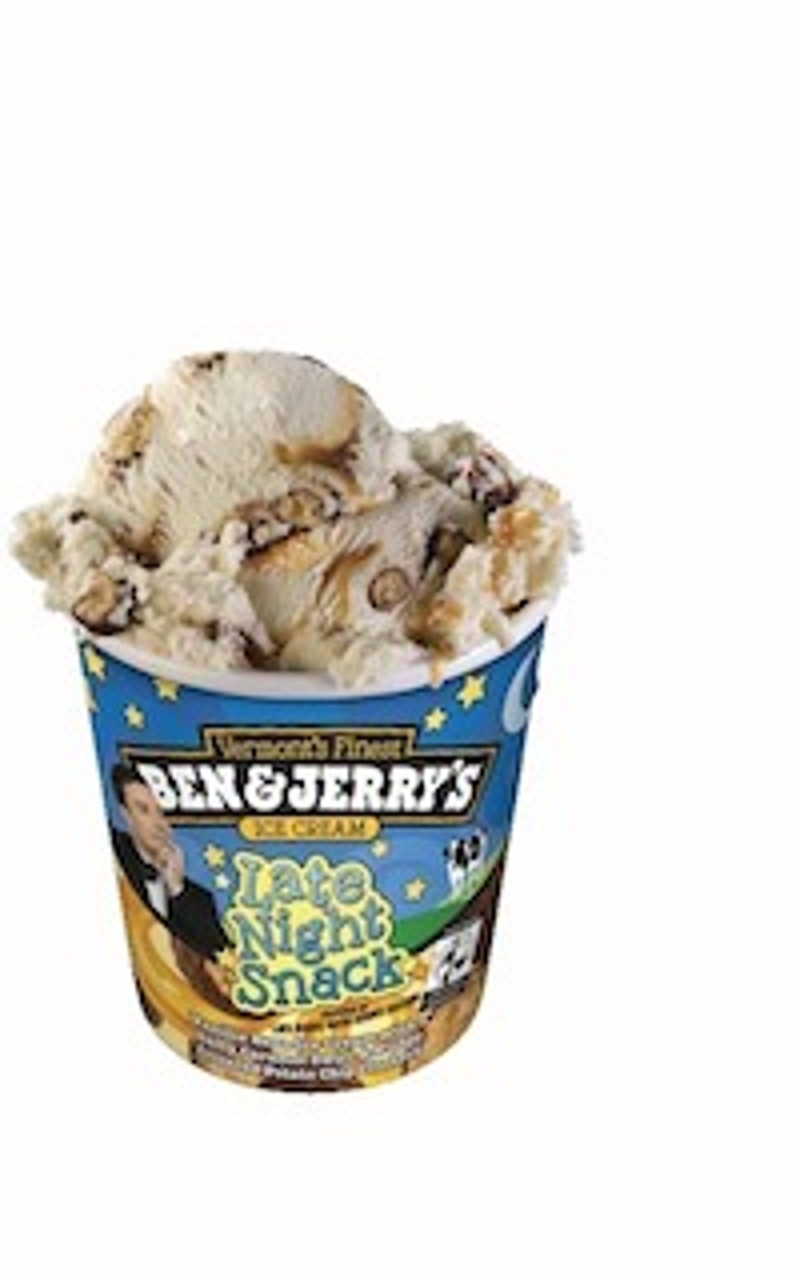 Late Night Snack features vanilla bean ice cream with a caramel swirl and crunchy fudge covered potato chip clusters. The concoction was inspired by a skit in which Fallon and house band The Roots performed an original song about Ben & Jerry’s ice cream.

“It’s been really fun working with Ben & Jerry’s on Jimmy’s concept for Late Night Snack,” says Kim Niemi, senior vice president of NBC Universal Television Consumer Products. “With this partnership, ‘Late Night with Jimmy Fallon’ has a great opportunity to create something delicious and do something good–by joining in the efforts to encourage Fair Trade food practices.”