J.K. Rowling unveiled her new project "Pottermore," a unique and free-to-use website which builds an exciting online experience around the reading of her hugely successful Harry Potter books.Sony is a key partner in the website, which is current 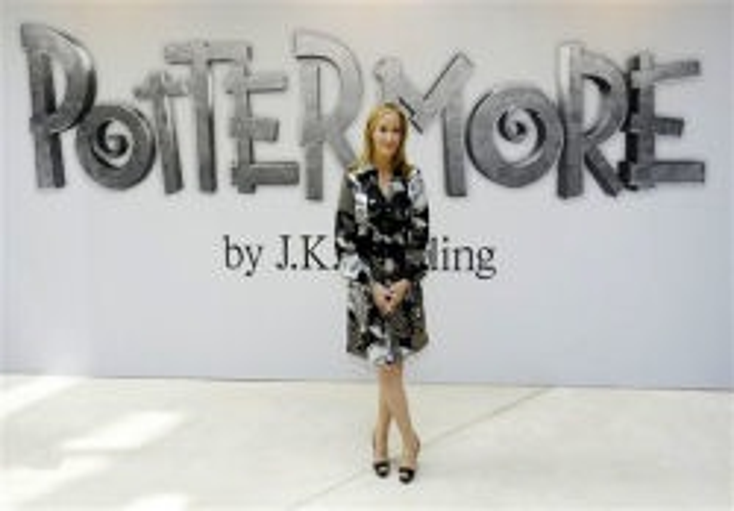 J.K. Rowling unveiled her new project "Pottermore," a unique and free-to-use website which builds an exciting online experience around the reading of her hugely successful Harry Potter books.

Sony is a key partner in the website, which is currently a "coming soon" holding page that received more than a million visits within 36 hours of launching. The website will launch in October.

The detailed creative execution has been led by TH_NK, a leading U.K. digital agency, under the supervision of J.K. Rowling and the Pottermore team, in co-operation with Sony. J.K. Rowling 's publishers, Bloomsbury in the U.K., Scholastic in the U.S. and international publishers worldwide, have been active supporters in the creation of pottermore.com and the Pottermore Shop.

The Pottermore Shop, the ecommerce section of pottermore.com, opens in October, exclusively selling complete ranges of the eBooks and digital audiobooks in a selection of languages.

Scholastic is proud to be a key partner in the Pottermore project,

including connecting teachers and parents directly to ebook sales via Pottermore and providing marketing and promotion support. Warner Bros., the makers of the Harry Potter film franchise, is also a partner.

"I wanted to give something back to the fans that have followed Harry so devotedly over the years, and to bring the stories to a new digital generation," says Rowling. "I hope fans and those new to Harry will have as much fun helping to shape Pottermore as I have. To add to my input into the website, everyone will be able to join in by submitting their own comments, drawings and other content in a safe and friendly environment–Pottermore has been designed as a place to share the stories with your friends as you journey through the site."

"Sony's association with J.K. Rowling's Pottermore brings together one of the world's most innovative brands with the most successful book series in history, in a pioneering partnership that will help shape the future of story-telling," says Sir Howard Stringer, chairman and chief executive officer and president of Sony Corporation. "We are proud to be a part of it, both at this momentous announcement, and as we collaborate on its development over the coming years."