]> The film set as creative source: How the set of Harry Potter and the Order of the Phoenix has directly inspired the consumer products programme. We all

]>The film set as creative source: How the set of Harry Potter and the Order of the Phoenix has directly inspired the consumer products programme.

We all know the basics about the boy wizard phenomenon called Harry Potter: six books, four films and hundreds of consumer products. It has inspired children to read voraciously and sparked a trend for adults to read like children. There hasn't been anything quite like it before. After Warner Bros. Pictures acquired the first film rights in 1998, its consumer products division faced the challenge of transforming the property into licensed products that would satiate huge retail and consumer appetites. It stuck to a tried-and-tested film merchandise formula: iconic imagery from the film, cast photography and a core range of products.

But while the 'film-scene-on-your-pyjamas' type product has satisfied a core segment of the audience for each film, the moment has come for Warner Bros. Consumer Productsto take a closer look at the licensing programme

and ask how it can better appeal to its diverse audience. The result is the creative strategy now launching for the fifth film, Harry Potter and the Order of the Phoenix. It marks a significant departure from what has gone before, moving away from literal executions of the film storyline to products that are more sophisticated and positioned carefully at different segments of the audience on the basis of sound consumer research. Not only does the new style guide reflect the darker direction of the plot and the maturing cast, but also the evolution of the Harry Potter consumer and of the licensing industry as a whole. >For the first time, the style guide has been developed in Europe, the home of Harry Potter, and Warner Bros. Consumer Products sees it as a turning point in the history of the merchandising programme. But before we hear what Jay and Bruno have to say, let's take a visit to the Harry Potter film set.

Jay Young and his team have brought the inspiration of the film set to life in the new style guide. Bruno and his team must now ensure its inspiration carries through to licensees and retailers across Europe. We met Jay and Bruno on the set of Harry Potter and the Order of the Phoenix. Bruno is carrying a Durmstrang bag (made by a Spanish licensee) and keeps saying the word Voldemort in a way that makes fans among us uncomfortable.

Bruno, after four films, why is this the right time to be writing about Harry Potter Licensing?

Because WBCPhas taken an entirely new approach to the creative strategy that will inspire licensed products based on the fifth film. The style guide has been developed in Europe and is the result of rigorous research into the nature of the Harry Potter consumer. A Harry Potter Merchandising Champion exists in each WBCPterritory to communicate the new creative and we're also looking for an official Harry Potter retailer in each territory.

How is the creative strategy so different?

Until now there has been one style guide for each film, created in the US and concentrating on the iconic scenes, characters and key photography from the film - in other words a classic movie merchandise programme. Now, it's different because we understand the Harry Potter consumer better. This has enabled us to segment the offering for different Harry Potter audiences and to offer partners a new depth and breadth of creative material. It marks a turning point in the evolution of Harry Potter as both a classic brand and movie event and reflects how the market, the property, and WBCP have evolved.

How has market evolution helped?

Increased competition has made consumers more sophisticated. There has been some great Harry Potter product in the market already, but we need to be making it even more sophisticated for some parts of our audience.

How has the film property evolved?

Six Harry Potter books and four films have been released since 1997. So for nearly ten years the magic of Harry Potter has been brewing, and brand awareness has been growing among millions of fans. WBCPhas to respond to the maturing of this audience and create products that will excite consumers afresh. We have to begin to position Harry Potter as more than an annual cinematic 'event'.

And what do you mean when you say that WBCPhas also evolved?

Recently, we've implemented bold strategies in theEuropean market for properties, such as Tweety, where licensing is led from a fashion rather than a traditional entertainment starting point. We're now at a stage when we we can apply a similarly creative-led strategy to Harry Potter.

Why has the global look been created in Europe this time?

Well, it feels very natural because this is the home of Harry Potter.

Yes!They're very pleased with the work Jay's team has done. The European team created an interim style guide after the last film, which was well-received and gave us all confidence to proceed like this.

The Harry Potter phenomenon is nine years old. Tell us about your research into its fans.

The reason we researched the Harry Potter audience was to find out exactly who is a Harry Potter consumer? We wanted to define them and to understand more about them.

Were there any surprises in the results?

Yes. For example, there is an older audience than we thought and a much wider consumer base. We found that different age groups need different things - a demand for collectability and adult products, for example. We also found that while some categories were well represented - hard product categories like toys for example - others were less well-served.

Our new creative strategy is a direct response to this, offering segmentation, targeting and more flexibility for soft categories, such as apparel, which need variety and subtlety.

How will the research reassure licensees that you're doing the right thing?

We hope it will demonstrate to licensees that there's a demand for Harry Potter in each age group and product category - even if there hasn't been product in it before.

Jay, explain how the new creative strategy was born.

With the research results in hand, our task was to give licensees a style guide that was a strong resource, clearly segmented into different looks and containing a new depth and breadth of material. We started work on it in February this year. 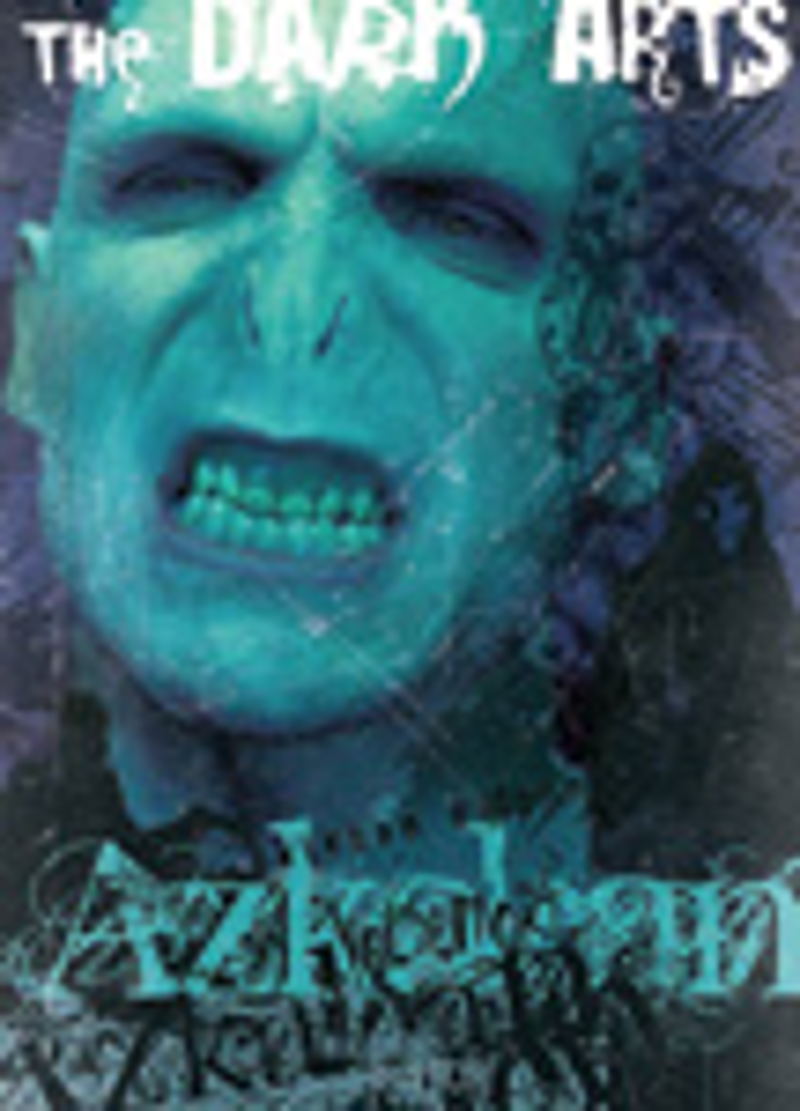 Explain your method of working with the film production team.

We have worked hand in hand throughout. A lot of the material we used as a starting point for the creative strategy was taken directly from the early visual concepts produced by the film's art department. Since then, my team have had unlimited access to the set. Warner Bros. Consumer Products even has a liaison person on the set to help facilitate this.

How has this close access to the set affected the style guide?

The regular visits mean we have absorbed hundreds of specific details and themes from the production, not all of them obvious. These have directly inspired the style guide and will come through clearly in product. Working so closely with the studio helped us to capture the energy of the production. All in all, it's a style guide that is inspired by, rather than slave to, the film itself. 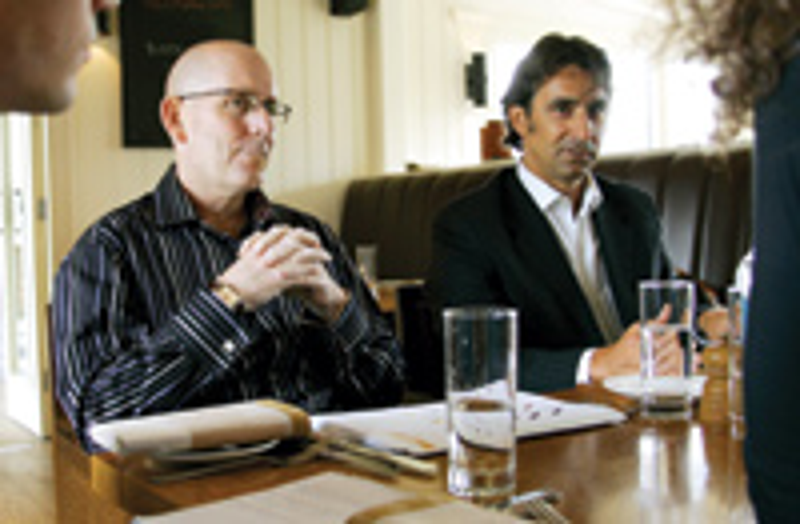 To what extent can licensees expect a traditional film style guide?

Ihope they'll be surprised!One important distinction this time is that we identified graphic styles and trends from the high street and then went to the film production team and told them, 'this is the look we want to incorporate into the style guide.'It's the first time we've gone beyond a 'movie' thing. There's still a place for the iconic photography from the film but this time, it's not just about reproducing the key scenes in the movie.

Will this new creative be a challenge for retailers who are used to a more traditional film merchandising programme?

Yes, some of it might be. There's a temptation to think that the consumer needs protecting. But the characters in the stories are now older and the creative segments reflect that. And you only have to look around you at retail to see that fashion is visually very daring at the moment.

We have to think beyond the films now. A film might be a safety net for a retailer but the consumer will buy the next Harry Potter products because they are cool, not just because there's a new film.

Bruno, how did the commercial and creative teams collaborate for Harry Potter this time?

For the Euro 2004 football tournament, we worked in a similar way, beginning to segment the creative. It was a good introduction and some of the lessons have informed the new Harry Potter style guide. 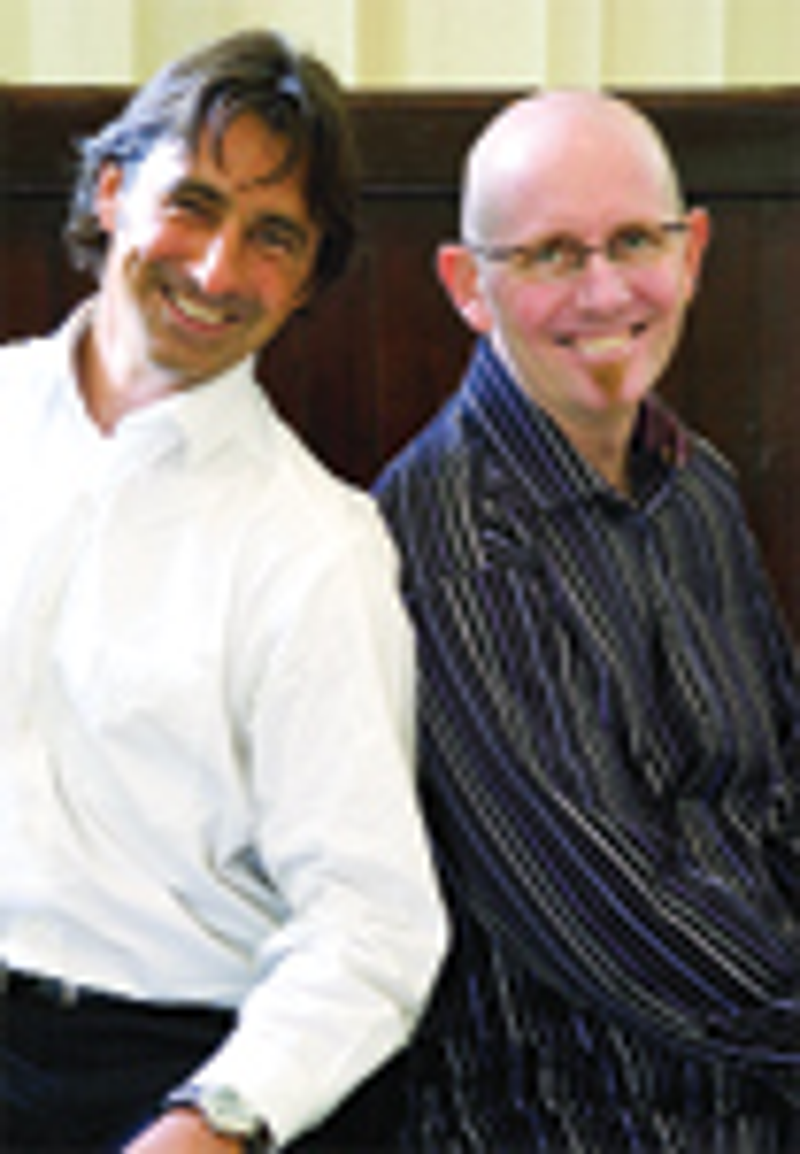 That you need to research your consumer. And that there needs to be a clear story behind each creative direction. And that you need depth and breadth of creative material.

What do you mean by 'breadth and depth' in a style guide?

We mean that there are many ways you can enter the world of Harry Potter now. The film is just one interpretation of the story. There will always be people coming to Harry Potter for the first time, so we cater for them, but we must also appeal to expert fans and can give licensees far more imagery to work with. Some will just use what we've created but the more imaginative ones will use different combinations and layers to enhance the look.

What's in it for retailers this time?

The new creative segments mean there will be new stories for retail at each launch step, all helping to propel the property towards being treated as a classic. For our official retailer in each territory there will also be the chance to 'own' a piece of the creative - to have something unique.

What will you ask of the official Harry Potter retailers?

We're looking for a combination of buying commitment, breadth of product, the promotion of the licensed products and good execution. WBCP can of course help with all this. We have lots of good examples from the last film, where initiatives such as set visits and cast appearances really made a difference.