Hollywood&apos;s biggest hits keep going and going, with merchandising strategies that outlive celluloid success. This is a big year for movie franchises, with sequels and "threequels" from Spider-Man, Pirates of t 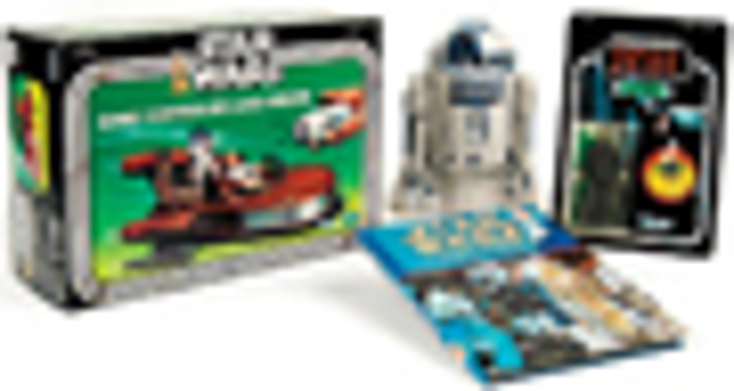 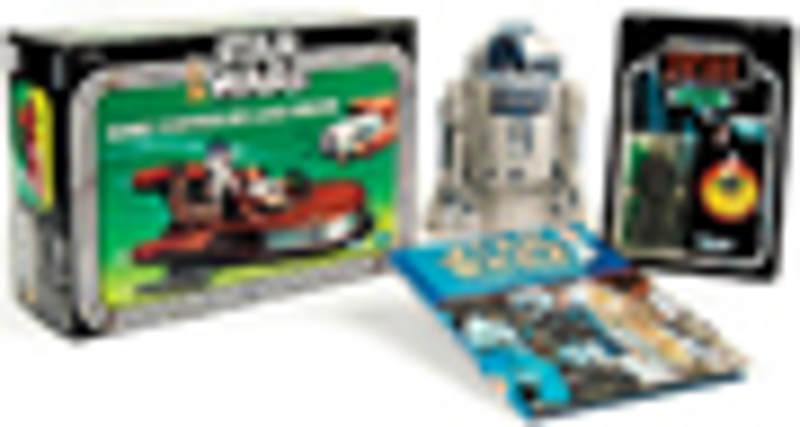 This is a big year for movie franchises, with sequels and "threequels" from

Spider-Man, Pirates of the Caribbean, Shrek,

all rolling their familiar characters once again into theaters across the world. For film studios and licensees alike, the franchise is the cinematic holy grail, bringing guaranteed ticket and merchandise sales. Under normal circumstances it can be notoriously difficult to persuade retailers to buy into a movie because of its brief release period, but a franchise is different. Show a retailer the sequel to a property that has already proved itself as a cash cow and relationships are bound to be easier.

The challenge for movie-related merchandise is that it often loses its appeal once the movie disappears from cinemas. So how do you make the property last years after the final movie? "Keeping people engaged in the brand is key," says Howard Roffman, president, Lucas Licensing. "You have to give fans a reason to stick with it."

The Force Is Still with Us

the modern licensing industry—and is inarguably the most successful movie franchise of all time, generating $20 billion in sales around the world, including films, videos, and merchandise. Its first installment,

was released in 1977 and as that film celebrates its 30th anniversary, Roffman looks back with fondness on the amazing success of the brand, as well as planning for the future.

"After the success of the first trilogy," he says, "we rested

and between 1985 and 1992, didn't really do much with it. This gap was actually incredibly important for the brand's long-term sustainability because a couple of things happened that helped to shape the following years: First, the audience that was once happy playing with toys grew older and wanted different products, so we extended into video games and publishing, which enhanced the

story; and secondly, the original audience now had kids. By 1995 we were producing a toy line to appeal to them even if they weren't aware of the films." By 1997,

A New Hope, The Empire Strikes Back,

Return of the Jedi

were remastered and re-released as Special Editions, adding to the resurgence of the brand. And then, of course, came the phenomenally successful final trilogy.

The 1999 consumer products program for

was worth $2 billion, although in hindsight Roffman concedes that the film was "overlicensed and overshipped."

Attack of the Clones

Return of the Sith

, was released in 2005, it had risen to $3 billion. After so much success, the challenge for Lucas Licensing was to maintain the level of interest in

. "As we entered the period of uncertainty following

Revenge of the Sith

is completely robust," says Roffman. "Last year turned out to be the best-ever non-film year in terms of licensing, and

was by far the top boys' property and out there for a couple of years. We realized there was a lot of power left after the final film and our task now is to keep the momentum going."

Lucas Films will be looking at various entertainment opportunities to keep

refreshed and appealing to its fan base. A CGI series is in production, a live-action series is planned for 2009–10, and next year sees the launch of a groundbreaking computer game, Star Wars the Force Unleashed. Set between

, it will feature both established and new characters and promises to have "some incredible revelations" for

fans. The game is being produced in-house by Lucas Arts, and Roffman predicts that its launch will be a major event for the brand, which will have a positive effect on the licensing program.

"The way we approach the market will be comparable to a film launch—there'll be great excitement and we expect to see a spike in merchandise sales," he says. "In some ways our relationship with retailers is becoming easier in the sense that we know each other well by now. Retailers have learned about the strength of

over the years and as a result of previous successes, they're very interested in it. But it still has to earn its shelf space like any property. It's important for us not to overpromise—managing expectations is key—but after working on this vibrant brand for 30 years, we've got a good sense of what to expect at retail."

Roffman and his team will be drawing on their experience with

film is released next year, 19 years after the last one. Licensees are being actively signed and the program will target original fans and those new to the brand.

After the Credits Roll

For movie studios dealing with franchises with a more certain cinematic timeline, when is the turning point at which it begins thinking about life after the final movie? The fifth installment of

Harry Potter, Order of the Phoenix,

opens later this year. Despite two planned further movie releases after this, Warner Bros. has begun planning for a future without annual theatrical releases. Part of the refreshed style guide for the latest movie includes The World of Harry Potter segment, offering licensees artwork spanning all of the stories, rather than being specific to a movie release.

franchise had a carefully planned five-year blueprint. "We were aware that with a movie releasing every December for three years, backed up with DVD releases in between, the merchandising window was going to be large," explains David Imhoff, New Line's senior executive president, worldwide licensing and merchandising. "At the same time, we were careful not to raise expectations from the start. We'd learned from what happened with

that we had to get the distribution just right. We started with core products like toys, books, apparel, video games, and collectibles, and ensured that our licensees didn't overship to retailers. The net reaction was that our partners all said, 'Wow, everything sold through,' and the excitement in the brand was heightened."

For the release of

, the second film in the Lord of the Rings trilogy, Imhoff and his team began to further develop the program: Play Along refreshed and extended the toy line; Electronic Arts released a new game; the HarperCollins book range was broadened; and new categories were added. By the time the final movie,

Return of the King

, was released in December 2003, there were 375 licensees in total and the property "had a life of its own," according to Imhoff, sustaining itself into 2005.

Since then, New Line has maintained a significant retail presence for

, but has intentionally chosen not to target the mass market. Instead, it is focusing on specialty products like higher-end collectibles, partworks, and jewelry. "At this stage of the franchise's life cycle, it's all about being realistic," says Imhoff. "We're not going to compete with the likes of

at the mass-market level because to do so would be nearly impossible. Instead we're carefully managing the program and have reduced the number of licensees to fewer than 100, although we do still find new partners with innovative products. One of the top ranges is jewelry, which has proved so successful it's been extended into most price points. It must be one of the most extensive licensed jewelry programs out there."

Like Roffman, Imhoff sees video games as a good way of extending a franchise's story beyond the movies. New Line recently renewed its deal with Electronic Arts for

. "The video games sell in the millions and enable us to get a new wave of information about the brand to fans," says Imhof. He explains that there's plenty of material contained in J.R.R. Tolkien's books that didn't make it into the movies to keep the brand refreshed up to and beyond New Line's production of

With two other franchises in the pipeline (the

series), what has Imhoff learned from managing the licensing program for

? "We want movie merchandise to transport consumers into the unique fantasy world they've experienced in the film," he says. "Whereas some films aim solely for the product categories that are on trend, I think it's vital to stay true to the essence of the intellectual property you're dealing with."