Back Out of Their Shell 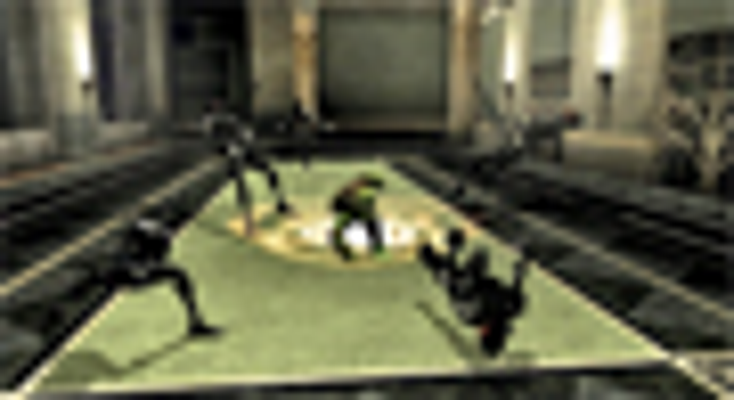 The Teenage Mutant Ninja Turtles are enjoying renewed popularity, thanks in part to licensing agency 4Kids and a new box-office hit. 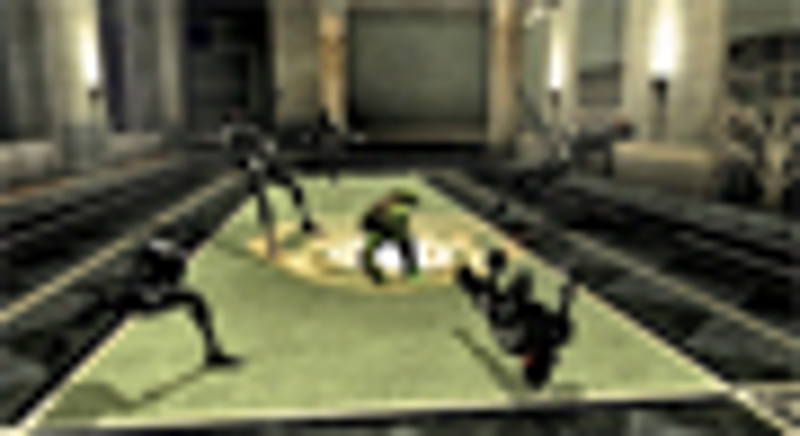 Thanks to the recent success of "The Teenage Mutant Ninja Turtles" animated series on Fox's 4Kids TV block, a new line of Playmates action figures and Ubisoft video games, and a Warner Bros./Weinstein Co. big-screen collaboration in March—which, as of press time, had raked in almost $50 million in a mere three weeks—the Turtles have experienced a major resurgence in popularity. But the property, which dates back to 1984, has gone through some ups and downs over the past 23 years.

Sticking Their Necks Out

The Teenage Mutant Ninja Turtles (known, for short, as TMNT) originated in an American comic book published by Mirage Studios in 1984. The concept arose from a Kevin Eastman sketch during a casual evening of brainstorming with his friend, Peter Laird. Using money Eastman's uncle gave them on loan, the young artists developed a fictional team of four humanoid turtle mutants, who are trained by sensei Master Splinter to become skilled ninja warriors. Little did the two friends know they had created a cash cow, with much of the Turtles' mainstream success owed to licensing.

to Laird, "Like many things in life, it was a happy accident. We were doing quite well with the TMNT comics, and had started doing a little licensing of the property on the side. One of the more successful bits of licensing was a line of role-playing games with a company called Palladium Books. As it so happened, a licensing agent named Mark Freedman was also doing business with them (he was representing the owners of Robotech) and he heard that Palladium was also doing this thing called Teenage Mutant Ninja Turtles. Mark thought that was a really wild name—it stuck in his head, and not too long afterward, he tracked us down in Northampton, MA, and offered his services as our full-time licensing agent. We agreed, signed on with his company, Surge Licensing, and the rest is history. Mark did a fantastic job getting the TMNT to be a household name."

One of Freedman's greatest accomplishments was a deal he inked in 1988 with Playmates Toys for TMNT action figures. Accompanied by the first Teenage Mutant Ninja Turtles animated series—which began as a five-part miniseries in 1987 before becoming a regular Saturday morning syndicated series the following year—the foursome were soon catapulted into pop-culture history. At the height of its success, the Turtles' likenesses could be found on everything from Pez dispensers to toothpaste, skateboards, and school supplies—as well as in a series of successful feature films. Following a nine-year run, the first TMNT series ended in November 1996. The following year, the Turtles starred in a live-action series called "Ninja Turtles: The Next Mutation" that followed the events of the movies; however, the show never caught on with fans and was canceled after one season.

Fast forward to 2002, at which point 4Kids Entertainment came on board as the Turtles licensing agency, working alongside Mirage, with the goal of reinvigorating the property. Fox Network and 4Kids soon revived the Turtles in 2003 as a Saturday morning cartoon on the FoxBox programming block, which has since been renamed 4Kids TV.

As for licensing, explains 4Kids Vice President of Licensing Jennifer Lawlor, "there had been a quiet time in the market, even though Playmates product never really went away. But when we came on board, we worked with them to develop a major TV toy line. Overall, we started to do a lot of licensing around the Turtles in a very short period of time." But, last year, she adds, was devoted almost entirely to developing and creating the TMNT CGI movie, alongside Warner Bros., which hit screens in March. "We actually had great promotions in all of the major retailers, including Wal-Mart, Kmart,Toys 'R' Us, Target, and Hot Topic, the latter of which focused on the Turtles' classic, retro look. Across the board the retailers have been very supportive," she says.

Though, for the most part, Turtles licensees have remained consistent for the past few years, 4Kids brought Ubisoft on board to publish the TMNT video game, based on the film, for an impressive eight different consoles—Xbox 360, PS2, PSP, PC, Game Boy Advance, Nintendo DS and GameCube, and the Wii. The game was released in mid-March, just ahead of the film.

"The TMNT movie is all about the emotions associated with family and teenage angst," explains Nick Harper, creative director of the TMNT game at Ubisoft's Montreal development studio. "We've taken that philosophy and turned it into gameplay mechanics that will be fun and challenging. The direction of the new movie and, subsequently, the game is a darker, more realistic Turtles experience."

4Kids also signed on licensee Uclick, LLC, to handle all of the Turtles mobile efforts, much of which launched last fall. "Our content," explains Jeff Webber, director of mobile product development, Uclick "runs the gamut from wallpaper and ringtones to video and games. In the case of the Turtles, we have created content around the TV show, as well as the movie. But, perhaps more uniquely, we also brought back the original comic strip. Since we're owned by Andrews McMeel, comics are a huge part of our business, so it made sense for us to partner with the Turtles brand."

Webber notes that the company began developing content for North and South America, but later secured international rights. "The movie is just hitting international markets now, and we are distributing our content in a variety of languages, in just about every region of the globe." Uclick also worked closely with fellow Turtles licensees Playmates and Ubisoft on cross-promotions. In the mobile space, explains Webber, "doing movie promotions is a pretty narrow window, but Turtles is a timeless brand, so we feel like it's a long-term property."

Looking ahead, says 4Kids' Lawlor, "we're focusing our efforts on the DVD release and the various promotional opportunities it opens up. And, of course, our Saturday morning TMNT TV series continues to be very popular."