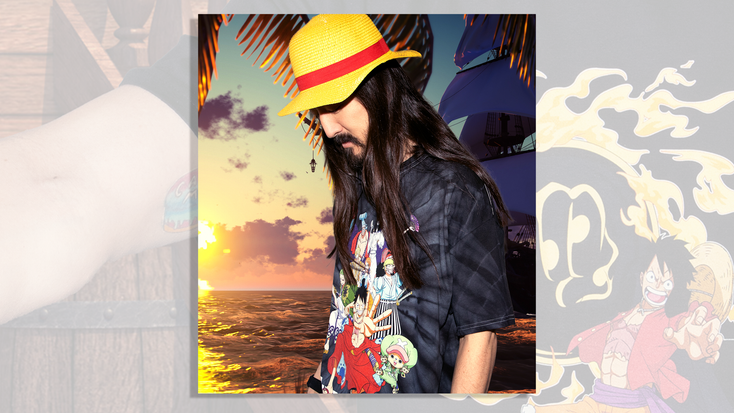 have teamed up for an upcoming collaboration, Dim Mak X

The new collection features an array of wearable merchandise and hard goods showcasing the storyline and official artwork from “One Piece’s” Land of Wano Arc. The limited-edition line-up will be launched exclusively at Anime Expo from July 1-4, 2022, in Los Angeles, Calif.

“I am a huge fan of Luffy,” says Aoki, “I am inspired by his selfless determination to help people, his mischievous misadventures, his innocent outlook on obstacles, and how he doesn’t let the world define who he is despite the 1.5 billion berry bounty his adversaries are after. I love how passionately he defends and relies on his friends and how he can convert enemies into allies through his kindness.”

In addition to the Dim Mak X One Piece collaboration, Toei Animation, in partnership with Anime Expo, previously announced a performance by Aoki at The Novo in L.A. Live on Saturday, July 2 to celebrate

the upcoming release of the “One Piece Film Red." The 15th film from the One Piece franchise, "One Piece Film Red" is a production of creator Eiichiro Oda and Toei Animations and is directed by Goro Taniguchi. The movie, which will premiere on August 6 in Japan, will be released in the U.S. and Canada this fall.

on the NTWRK app.