For the first time in her career, Stella McCartney draws inspiration from her musical heritage with a new collection inspired by the music of The Beatles. 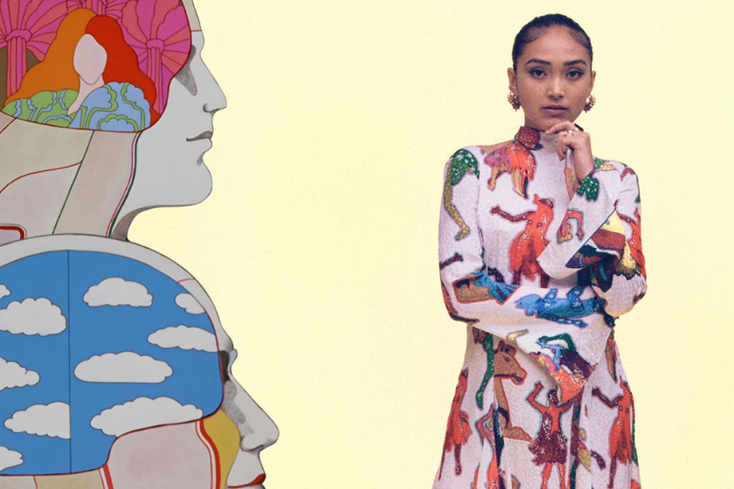 has taken inspiration from The Beatles for her fall 2019 menswear and pre-fall 2019 womenswear collections.

which was highlighted by

music from the rock band. The film celebrated its 50th anniversary last year, and McCartney, whose father is Beatles founding member Paul McCartney, gained inspiration after attending a special screening for the milestone.

“[The screening] affected me in a way I just wasn’t expecting,” says McCartney. “Especially this idea of connecting people and bringing people together–politically, this message has never been more relevant. So, I came out, and I was like, ‘I have to do something.’”

McCartney is a famed fashion designer who has dressed celebrities including Meghan Markle, Duchess of Sussex.