Pair of Thieves Partners with MLB on Baseball Underwear 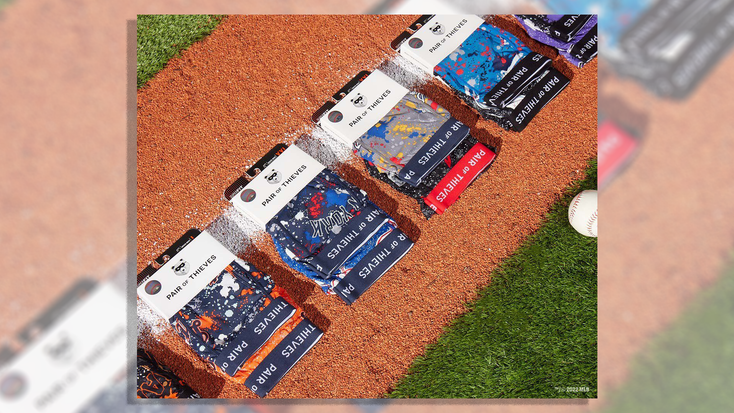 know cheering can be a sweaty activity, especially during the dog days of summer, and that's where SuperFit boxers come into the picture. The Pair of Thieves

collection will keep us cool and comfy while we root for our favorite team in style. Plus, it is fact that Lucky Underwear can increase your team's chances of winning by .000657%. We hope to give fans and their favorite teams the competitive edge they deserve."

The licensed collection is available now via Pairofthieves.com, MLBShop.com and Fanatics.com, with distribution through regional stores and stadiums on deck.