Kyrie Irving, Nike Go Under the Sea with SpongeBob 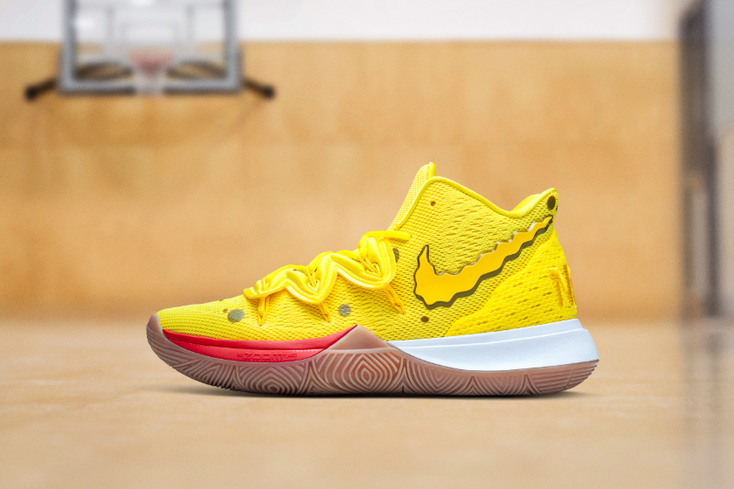 Nike and Viacom Nickelodeon Consumer Products have announced the launch of a new fashion line from NBA star Kyrie Irving and "SpongeBob SquarePants."

The collection features five shoes inspired by the characters of the "SpongeBob" animated series. Nike's line will also include apparel and accessories, including t-shirts, a hoodie, socks and backpacks.

Spongebob's new gear comes during the 20th anniversary of the longstanding kid's shows.  During that time, the character has influenced the world of fashion with collaborations with

“What makes our collaboration with Kyrie and Nike so special is that we are celebrating SpongeBob’s 20th Anniversary with one of SpongeBob’s biggest genuine fans,” says Jose Castro, senior vice president and head of global collaborations, VNCP. “Everything from the characters Kyrie chose and how they were designed into the line was done from a true fan’s perspective, and it shows. The sneakers, clothes and accessories became extensions

of SpongeBob’s world, and we know fans everywhere will love this collection, just as much as we loved creating it with Kyrie.”

The Kyrie x "SpongeBob SquarePants" collection will be available in adult and kid's sizes starting Aug. 10 on Nike.com and in-store. In Europe, the merchandise will also be available at Kickz stores.