LoveShackFancy has hit the waves with Hurley. 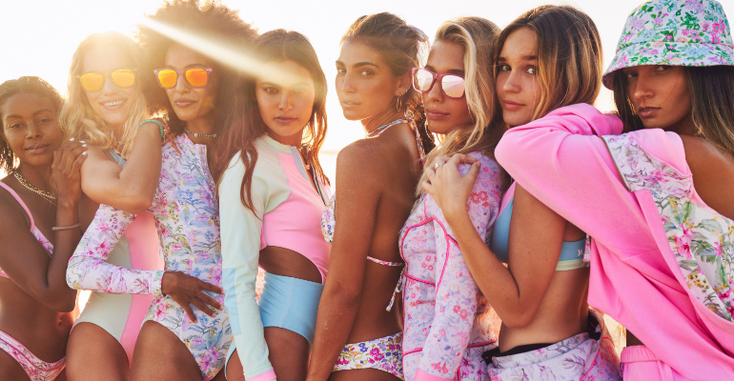 Lifestyle brand LoveShackFancy is launching a limited-edition collection of surfwear and accessories with surf brand Hurley, according to a report from

. “Even in the Hamptons, everyone is just getting out there and surfing again – and not just surfers and people who are in that world. It’s literally every single person I know. Every one of my daughter’s friends; every one of my friends, every age. And then to see the wetsuits, the rash guards, everything, I was just, like, obviously we need to give this a little bit of a LoveShack patch. Hurley had approached us before, and then last summer I was like, OK, we actually really need to do this. There was a big gap in the market. Everyone was wearing these black wetsuits and they needed fun florals. And the [surf] prints lend themselves to our brand so well.”

The collection includes both apparel and accessories, including

“We live at the beach and we were able to expand into new territory with fresh categories and romantic prints, while staying true to ourselves and our girl,” Erica Levine Ryan, global marketing director, Hurley, told

. “And we loved the idea of marrying our knowledge of surf innovation with a softer point of view.”

The collection launches Thursday in LoveShackFancy stores, loveshackfancy.com, hurley.com, Hurley stores and around 70 shops and boutiques, including Nordstrom, Revolve, Shopbop and Free People.