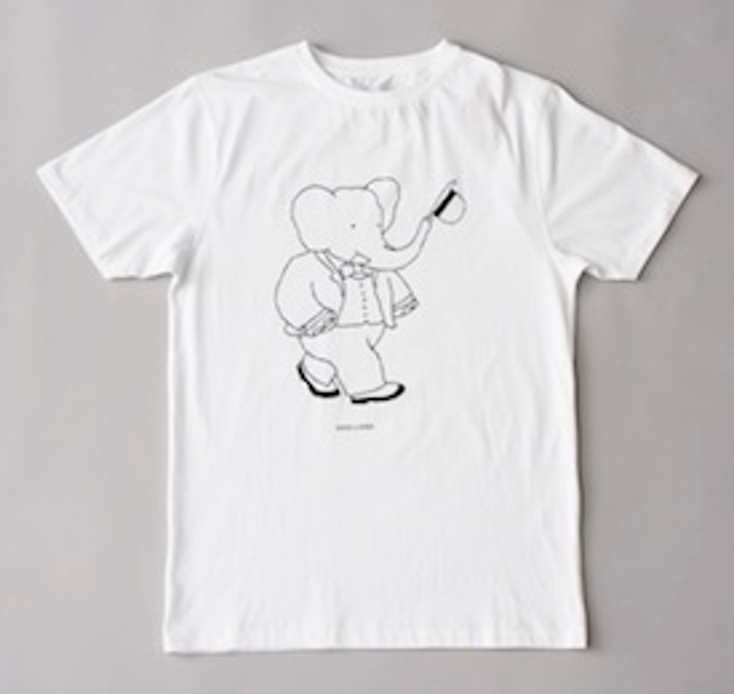 The classic book brand is managed by Nelvana Enterprises, in collaboration with The Clifford Ross Company.

The Babar Meets Soulland line was developed through Paris retailer Colette, where it debuted earlier this month. After launch, Colette began to roll out the line at other international retailers including London’s Goodhood, Brussels’ Hunting & Collecting and Berlin’s Soto et Voo. Now the collection has arrived in the U.S., with distribution in Opening Ceremony’s two New York locations and its Los Angeles store, as well as online.

To herald the arrival of the Babar Meets Soulland menswear collection, a Wild

“I have been a fan of Babar and his universe since I was 4-years-old, so it was a great honor being able to work on this collaboration,” says Adler. “I was particularly inspired by a story from the first book, where Babar goes to the tailor to get his first suit–a bright green suit.”

The fashion collaboration is the latest activity around the brand’s 80th anniversary, which has also included window placements at major retails and a new range of vintage-inspired merchandise at specialty stores across North America.